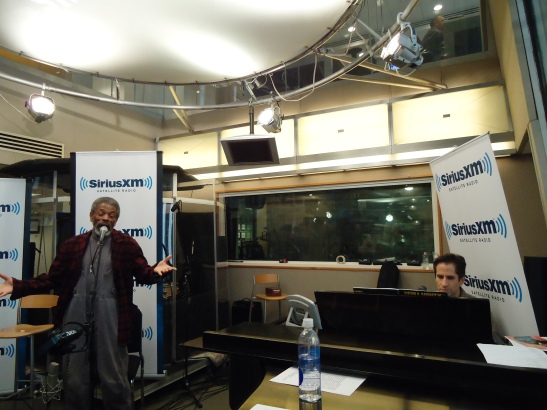 De Shields is bringing his theatrical concert, BLACK BY POPULAR DEMAND to the Laurie Beechman Theatre for 3 shows only, Friday nights, May 4, 11 and 18 at 11:00 PM. General admission tickets booked in advance are $25 plus $15 food/beverage minimum; $35 at the door (based on availability) plus $15 food/beverage minimum. Tickets are available at www.smarttix.com or by calling 212-868-4444.

Certainly no stranger to New York’s famed cabaret scene, De Shields reigned as King of Cabaret during the 1970s with the creation of his innovative theatrical concerts in such popular clubs as Reno Sweeney, Horn of Plenty, The Grand Finale, Les Mouches, The Club at La MaMa and many other venues around the world. The Hollywood Reporter dubbed De Shields “the most lethal pelvis since Elvis!”

Enthusiastically referred to as “a pleasure delivery machine” by journalist Patrick Pacheco, BLACK BY POPULAR DEMAND will feature De Shields along with his longtime partners in crime, vocalists Freida Williams and Marléne Danielle, with accompaniment by pianist Larry Spivack.

In a career spanning more than forty years, André De Shields has distinguished himself as an unparalleled actor, director, choreographer and educator. He is the recipient of the 2009 National Black Theatre Festival Living Legend Award, the 2009 AUDELCO Award for Outstanding Performance by a Lead Actor in a Musical/Male (Archbishop Supreme Tartuffe), and the 2007 Village Voice OBIE Award for Sustained Excellence of Performance. De Shields is best known for his show stopping performances in the original Broadway productions of four legendary musicals: The Full Monty, for which he received Tony, Drama Desk and Astaire Award nominations, in addition to both the Outer Critics Circle and Drama League Awards; Play On! (Tony nomination), Ain’t Misbehavin’ (Emmy Award) and The Wiz (title role). He has just concluded a featured role in Chicago’s Goodman Theatre production of Camino Real and the New York Times had this to say “De Shields essentially walks off with the show, or rather slinks off with it!”

For more information go to www.andredeshields.com 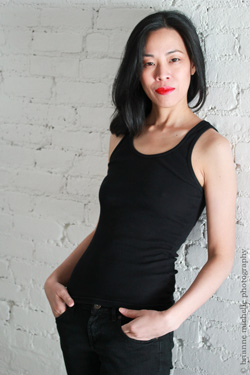 Lia Chang is an actor, a performance and fine art botanical photographer, and an award-winning multi-platform journalist. In 2010, the Library of Congress established The Lia Chang APA Theater Portfolio in the Asian Pacific American Performing Arts Collection housed in the Library of Congress Asian Division’s Asian Pacific American Islander Collection.

All text, graphics, articles & photographs: © 2000-2011 Lia Chang Multimedia. All rights reserved. All materials contained on this site are protected by United States copyright law and may not be reproduced, distributed, transmitted, displayed, published or broadcast without the prior written permission of Lia Chang. You may not alter or remove any trademark, copyright or other notice from copies of the content. For permission, please contact Lia at lia@liachangphotography.com.