The action-adventure film set in San Francisco’s Chinatown stars Kurt Russell as a truck driver who gives a ride to a friend, and suddenly finds himself embroiled in a supernatural battle between good and evil.

Big Trouble in Little Tokyo is a film series presented by JANM in partnership with Angry Asian Man, First Pond Entertainment, and Visual Communications. The series features specially-selected films by and about Asian Americans followed by intimate discussions with cast and crew.

From the set of Big Trouble in Little China. Courtesy of 20th Century Fox.

It’s going to be a mini reunion of Big Trouble in Little China cast members. I’ve been pals with Peter Kwong, who plays Rain, for a long time, but this is the first time I’ll be with Kwong and my fellow cast members George Cheung (Chang Sing #6), Al Leong (Wing Kong Hatchet Man), Gerald Okamura (Wing Kong Hatchet Man), James Hong (David Lo Pan), Jeff Imada (Needles), James Lew (Chang Sing #1), and screenwriter Gary Goldman for a Q&A which will follow the screening. If you were part of the original cast contact, Oliver Ike (213) 545-6851. 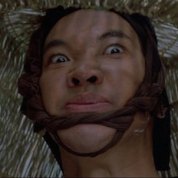 Peter Kwong as Rain in BIG TROUBLE IN LITTLE CHINA 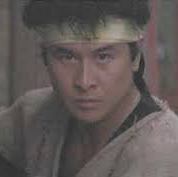 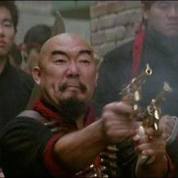 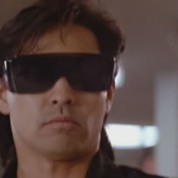 Jeff Imada as Needles in BIG TROUBLE IN LITTLE CHINA

Lia Chang is an actor, a performance and fine art botanical photographer, and an award-winning multi-platform journalist. Lia has appeared in the films  Wolf, New Jack City, A Kiss Before Dying, King of New York, Big Trouble in Little China, The Last Dragon and Taxman. She has guest starred on “One Life to Live,” “As the World Turns,” and “New York Undercover.” Lia starred as Carole Barbara in Lorey Hayes’ Power Play at the National Black Theatre Festival in Winston-Salem, N.C., with Pauletta Pearson Washington and Roscoe Orman. She is profiled in Jade Magazine.