Straight from the bright lights of Broadway to the big screen, and inspired by the true-life experiences of George Takei (“Star Trek,” “Heroes”), Allegiance tells the moving story of one family, inspired by Takei’s, whose life is upended by the internment of Japanese Americans during WWII.

The cast of ALLEGIANCE at their first preview curtain call at the Longacre Theatre in New York on October 6, 2015. Photo by Lia Chang

“George Takei’s Allegiance: The Broadway Musical On The Big Screen” is in movie theaters nationwide for one night on Tuesday, December 13 at 7:30 p.m. local time. The event will begin with an exclusive introduction from Takei, and following the production, audiences will see special behind-the-scenes footage and interviews with the cast and creators.

“Allegiance has been a passion project from the beginning,” said star Takei. “This deeply-moving story based on my family’s experiences could not be more timely, or poignant, considering the current political climate. So many people around the globe have never heard about this dark part of our nation’s history, and it is an honor and privilege for me to help tell this story, so that we can avoid repeating the mistakes of the past. I am deeply grateful that almost 120,000 people experienced the Broadway production during its run, an eerie reflection of the number of Japanese Americans who were directly impacted by the events depicted in Allegiance. This event – with ALLEGIANCE coming to cinema screens all around the country – will give to so many more the opportunity to experience and see this musical, which I consider my legacy.” 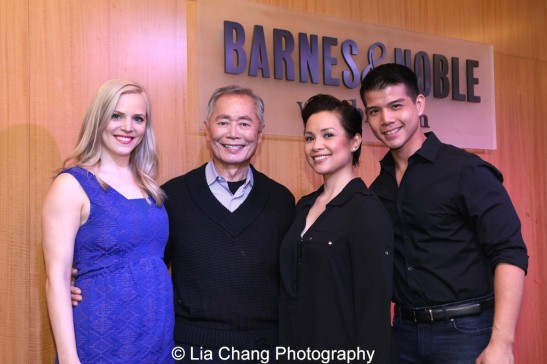 Allegiance illuminates one of American history’s lesser known chapters as it tells the story of Sam Kimura (Takei), transported back nearly six decades to when his younger self (Telly Leung, Godspell, “Glee”) and his sister Kei (Tony Award-winner Lea Salonga, Miss Saigon, Mulan) fought to stay connected to their heritage, their family and themselves after Japanese Americans were wrongfully imprisoned during World War II. An important story told with great resonance and intimacy, Allegiance explores the ties that bind us, the struggle to persevere and the overwhelming power of forgiveness and, most especially, love.

Tickets for “George Takei’s Allegiance: The Broadway Musical On The Big Screen” can be purchased online from www.FathomEvents.com or at participating theater box offices (theaters and participants are subject to change). 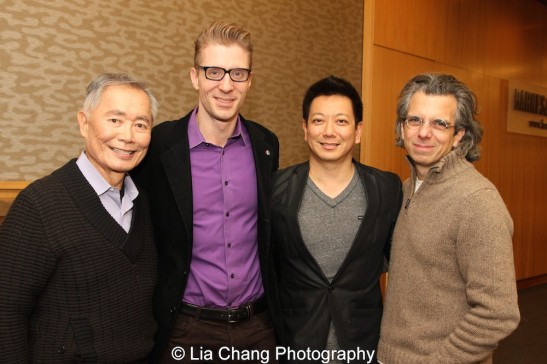 The cast of ‘Allegiance’. Photo by Matthew Murphy

The cast of ALLEGIANCE. Photo by Matthew Murphy

“We are excited to bring this wonderful Broadway show to a national audience and to extend its relevant message beyond the stage to the big screen,” Fathom Events Vice President of Programming Kymberli Frueh said. “And to be able to showcase Lea Salonga’s incredible talent again following the Miss Saigon 25th Anniversary event.” 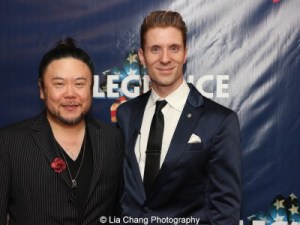 “We are beyond thrilled that we were able to preserve the original Broadway production of Allegiance, featuring its entire original cast, in this beautiful and fully-immersive version created for the big screen,” said ALLEGIANCE producer Lorenzo Thione. “Beyond that, we are truly excited that the story, music and message of ALLEGIANCE will now reach many more people, in many more cities than ever before, continuing to move, educate and inspire, and truly fulfilling George’s legacy.”