Jose Llana and Laura Michelle Kelly Lead THE KING AND I at SHN Golden Gate Theatre in SF through Dec. 11 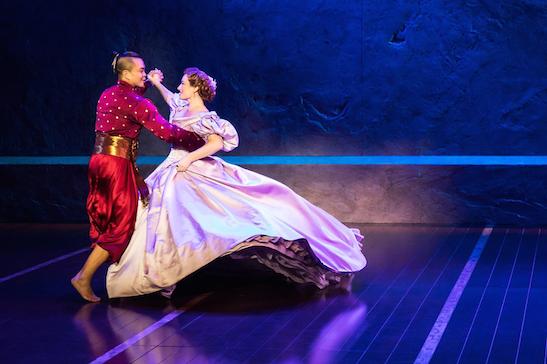 Jose Llana and Laura Michelle Kelly in THE KING AND I. Photo by Matthew Murphy 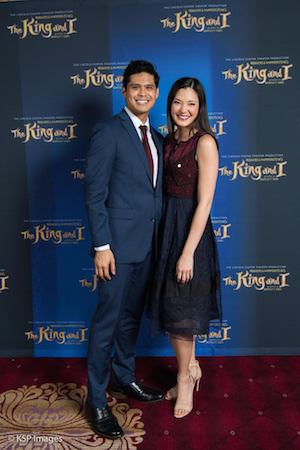 The tour, which opened in Providence, RI to rave reviews, will play the SHN Golden Gate Theatre, 1 Taylor St., San Francisco, CA 94102 from Tuesday, November 15th through Sunday, December 11th. Multi-week and single week engagements will continue throughout the 2016-17 touring season and beyond. Check out the complete schedule at www.thekinganditour.com.

Sue McDonald of Providence Journal writes, “Of Jose Llana, who played the King on Broadway and is now touring with this Lincoln Center Theater production, Bartlett Sher says, “He brings such joy and virility and strength to the King. He is one of Broadway’s great talents.” 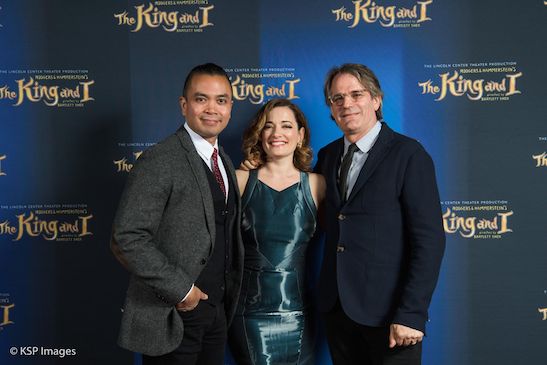 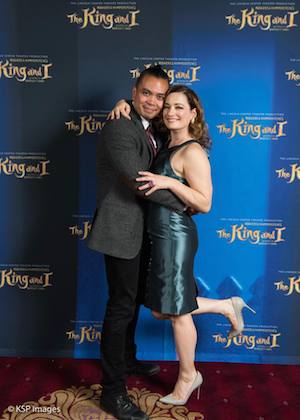 Llana proves to be even more masterful than that, enlivening the King with a hysterical sense of humor and dry delivery that elicit peals of laughter from the audience. His deep voice resonates, whether he’s scolding one of his children or singing songs like “A Puzzlement.”

He plays opposite Laura Michelle Kelly, whose Anna is such a treat to experience, especially when she sings. Kelly’s rendition of “Getting to Know You” is exquisite, and her delivery of “Shall I Tell You What I Think of You?” is quite funny. Together, Kelly and Llana exude love, which is a powerful base for the entire show.

Also notable in the show are the solid vocal performances of Manna Nichols as Tuptim, Kavin Panmeechao as her lover Lun Tha, and Joan Almedilla as Lady Thiang.”

Laura Michelle Kelly and Jose Llana in Rodgers & Hammerstein’s The King and I. Photo by Matthew Murphy.

Providence Journal: Theater review: ‘The King and I’ is a royal delight in Providence

The Metrowest Daily News: Getting to know ‘The King and I’ all over again in Providence

Director Bartlett Sher and the women of THE KING AND I. Photo by KSP Images

THE KING AND I, directed by Tony Award® winner Bartlett Sher, won four 2015 Tony Awards® including Best Revival of a Musical. Hailed as “first-rate, sumptuous” (The New York Times) and “too beautiful to miss” (New York Magazine), the production played 538 performances on Broadway at the Vivian Beaumont Theater.

Laura Michelle Kelly and Jose Llana with the children of THE KING AND I. Photo by KSP Images

Bartlett Sher is reunited with the award-winning creative team from Rodgers & Hammerstein’s South Pacific and The Light in the Piazza. THE KING AND I has music direction by Ted Sperling, sets by Michael Yeargan, costumes by Catherine Zuber (Tony Award® winner for THE KING AND I), lighting by Donald Holder, sound by Scott Lehrer and casting by Telsey + Company/Abbie Brady-Dalton, CSA. THE KING AND I features choreography by Christopher Gattelli based on the original choreography by Jerome Robbins.

Laura Michelle Kelly and the cast of THE KING AND I. Photo by Matthew Murphy

One of Rodgers & Hammerstein’s finest works, THE KING AND I boasts a score that features such beloved classics as “Getting To Know You,” “Hello Young Lovers,” “Shall We Dance,” “I Have Dreamed” and “Something Wonderful.” Set in 1860’s Bangkok, the musical tells the story of the unconventional and tempestuous relationship that develops between the King of Siam and Anna Leonowens, a British schoolteacher, whom the modernist King, in an imperialistic world, brings to Siam to teach his many wives and children.

Check out THE KING AND I in a city near you.

More cities to be announced soon.