From the heat of urban insurrection in Baltimore, Maryland to the incandescent glare of New York’s Great White Way, “Jelly Belly” has many stories to tell. Through song, dance, and spoken word, join Victory Gardens Theater’s Fox Foundation Resident Actor Fellow André De Shields in this riveting solo-performance as we follow this adventure from inner city impoverishment to self-actualization. 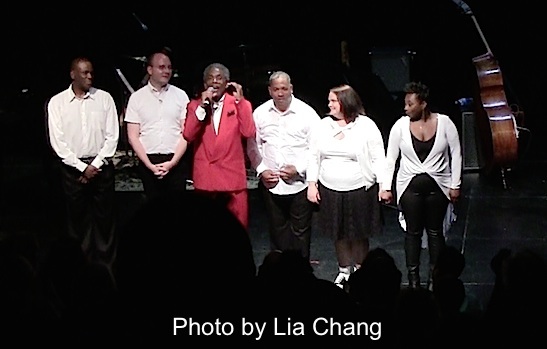 CONFESSIONS OF A P.I.M.P. originally premiered as part of Victory Gardens’ 2015 IGNITION Festival of New Plays. 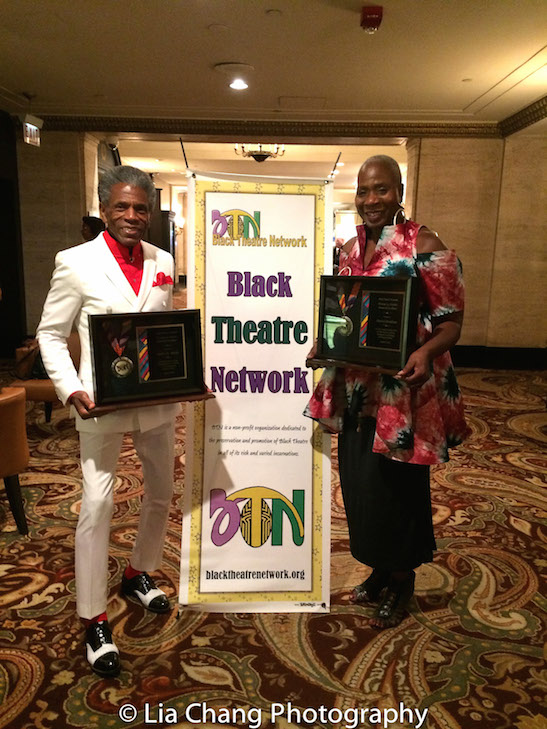 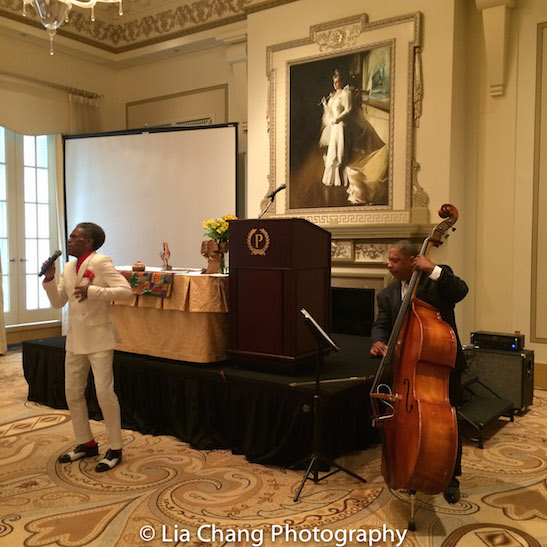 André De Shields performed “Smile” from his upcoming CONFESSIONS OF A P.I.M.P., accompanied by bassist Tony Mhoon at the Black Theatre Network’s 30th Anniversary Conference Awards Bruncheon at the Palmer House Hilton in Chicago on August 9, 2016. Photo by Lia Chang

Check back for my full coverage of Day 3 of the Black Theatre Network Conference.

Black Theatre Network (BTN) is the nation’s preeminent organization of scholars, artists, students, and educators dedicated to the study and promulgation of black theatre.

André De Shields in CONFESSIONS OF A P.I.M.P. in Victory Gardens’ 2015 IGNITION Festival of New Plays in Chicago on July 16, 2015. Photo by Lia Chang

In a career spanning forty-seven years, André De Shields has distinguished himself as an unparalleled actor, director, choreographer and educator. He is the recipient of three Jeff Awards, one as Director for Victory Gardens’ 1987 production of The Colored Museum, and two as Featured Performer in a Musical for the Goodman Theatre productions of Play On! (1998) and Mary Zimmerman’s The Jungle Book (2013). In fact Mr. De Shields’ professional career began at Chicago’s Shubert Theatre, now the Bank of America Theatre, in the 1969 production of Hair. From there he moved on to The Me Nobody Knows at the Civic Opera House, and ultimately became a member of The Organic Theatre Company, where he created the role of Xander the Unconquerable, Ruler of the Sixth Dimension in the cult sensation Warp. A multiple Tony Award nominee, he is best known for his show-stopping performances in four legendary Broadway musicals: The Wiz, Ain’t Misbehavin’, Play On! and The Full Monty. His numerous accolades include an Emmy Award for the NBC Special based on Ain’t Misbehavin’, the National Black Theatre Festival’s Living Legend Award, a 2015 Award for Excellence in Theatre from the Theatre School at DePaul University, the Village Voice OBIE Award for Sustained Excellence of Performance and two Doctor of Fine Arts degrees honoris causa one each from the University of Wisconsin-Madison and the State University of New York-College at Buffalo. A triple Capricorn, Mr. De Shields is the ninth of eleven children born and reared in Baltimore, Maryland. www.andredeshields.com

André De Shields and Mathilde Mukantabana, Ambassador of the Republic of Rwanda to the United States of America, “Celebrate Rwanda” at The SUNY Global Center