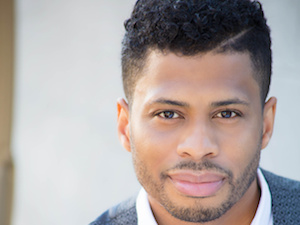 Tickets for Motown the Musical are now on sale at www.ticketmaster.com or by calling Ticketmaster at 877-250-2929.

Motown The Musical concluded its original world premiere Broadway engagement on January 18, 2015 following 775 performances at The Lunt Fontanne Theatre. The original Broadway production grossed over $1 million a week regularly throughout its run and concluded as both a critical and audience favorite and a commercial success, having recouped its $18 million investment at the end of 2014.

The first National Tour opened to critical acclaim in Chicago in April 2014, grossing an impressive $20 million dollars during its standing room only sixteen-week run, and continues to break box office records and receive rave reviews playing major cities across the country.

The London production of Motown the Musical opened in February to critical acclaim and just extended the booking period into 2017 at The Shaftsbury Theatre.

In only three short years since its first performance, Motown the Musical has already, around the world, grossed over $300 million at the box office and sold 2.5 million tickets.

Directed by Charles Randolph-Wright, Motown the Musical is the real story of the one-of-a-kind sound that hit the airwaves in 1959 and changed our culture forever. This exhilarating show charts Motown Founder Berry Gordy’s incredible journey from featherweight boxer to the heavyweight music mogul who launched the careers of Diana Ross, Michael Jackson, Stevie Wonder, Smokey Robinson, Marvin Gaye and many more.

Featuring all the classics you love, Motown the Musical tells the story behind the hits as Diana, Smokey, Berry and the whole Motown family fight against the odds to create the soundtrack of change in America. Motown shattered barriers, shaped our lives and made us all move to the same beat.

Motown The Musical features arrangements and orchestrations by Tony and Grammy Award nominee Ethan Popp (School of Rock, Hedwig and the Angry Inch), who also serves as musical supervisor for the orchestra that reproduces the classic “Sound of Young America” for the stage, with co-orchestrations and additional arrangements by Tony Award nominee Bryan Crook (“Smash”), dance arrangements by Zane Mark (Holler if Ya Hear Me) and music direction by Joseph Joubert (The Color Purple).

The Original Broadway Cast Album of Motown the Musical, produced by Ethan Popp for Universal Music Enterprises, was nominated for a 2014 Grammy Award for Best Musical Theater Album.

Chester Gregory (Berry Gordy) has appeared on Broadway in Hairspray, Tarzan, Cry-Baby and Sister Act. Gregory recently starred in the Goodman Theatre’s revival of August Wilson’s Two Trains Running. >He has toured nationally with Dreamgirls, Sister Act, as well as his one-man show The Eve of Jackie Wilson. Chester has received many awards including the Jeff Award and NAACP Theatre Award, and has been presented the key to the city of his hometown of Gary, Indiana and East Chicago. He has also been chosen as an Honorary State Representative and has received a Honorary Doctorate from his alma mater Columbia College in Chicago. Chester is also a songwriter and producer. @ChesterGregory and www.chestergregory.com.