Jon Norman Schneider will play JJ (regularly played by Jeffrey Omura) in the Obie Award-Winning  Ma-Yi Theater Company’s New York premiere of A. Rey Pamatmat‘s HOUSE RULES, a new play about two Filipino families adapting to the ever-changing rules of life and coping with the harsh reality that their parents will one day pass away, on Thursday, April 07, 2016 at 8:30PM at HERE (145 Sixth Avenue, NYC).

James Yaegashi and Jon Norman Schneider at the opening night party of A. Rey Pamatmat’s HOUSE RULES at HERE in New York on March 31, 2016. The pair appeared in Lincoln Center Theater’s THE OLDEST BOY. Photo by Lia Chang 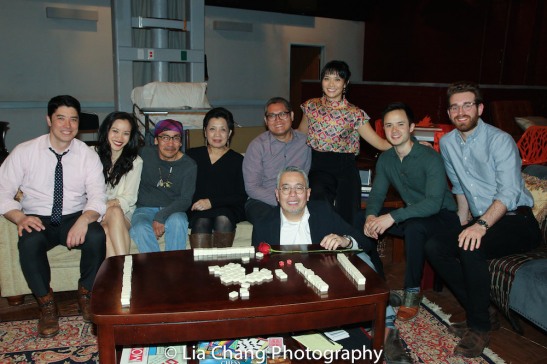 HOUSE RULES has performances Tuesdays through Saturdays at 8:30; with Saturday and Sundays matinees at 4PM through April 16th. Tickets are $30-$35. For tickets and information: visit here.org, or call 212-253-3101. Information is also available at www.ma-yitheatre.org. 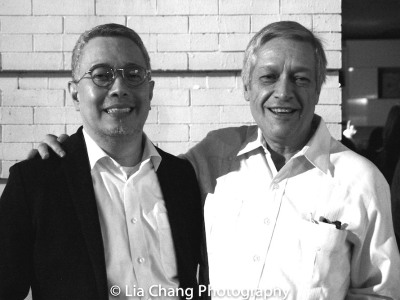 Ma-Yi Theater is under the leadership of Producing Artistic Director Ralph B. Peña and Executive Director Jorge Z. Ortoll.

MA-YI THEATER COMPANY recently enjoyed great critical and popular success with its double-bill last fall of LIVIN’ LA VIDA IMELDA and CHAIRS AND A LONG TABLE, and this past spring’s world premiere of SOLDIER X. The company won the Off-Broadway Alliance Award for its critically-acclaimed production of THE WONG KIDS IN THE SECRET OF THE SPACE CHUPACABRA GO! last season. Founded in 1989 and now celebrating its 27th season, MA-YI is a Drama Desk and OBIE Award-winning, Off-Broadway not-for-profit organization whose primary mission is to develop and produce new and innovative plays by Asian American writers.

Since its founding, Ma-Yi has distinguished itself as one of the country’s leading incubators of new work shaping the national discourse about what it means to be Asian American today. Its numerous acclaimed productions include Mike Lew’s BIKE AMERICA, Qui Nguyen’s THE INEXPLICABLE REDEMPTION OF AGENT G and SOUL SAMURAI (with Vampire Cowboys),Mike Lew’s MICROCRISIS and the revival of Ralph B. Peña’s FLIPZOIDS. Other productions include: RESCUE ME by Michi Barall, Lloyd Suh’s AMERICAN HWANGAP and THE CHILDREN OF VONDERLY and THE ROMANCE OF MAGNO RUBIO. Through successful programs such as the Writers Lab, Ma-Yi emboldens a new generation of Asian American artists to voice their experiences, while developing a steady stream of quality new works by Asian American playwrights for its own performing repertory. New works developed at the Writers Lab have gone on to successful productions around the country, at such theaters as Victory Gardens, Laguna Playhouse, Long Wharf Theater, Woolly Mammoth, and the Actors Theater of Louisville, to name a few. Ma-Yi Theater Company productions have earned 10 OBIE Awards, numerous Henry Hewes Award nominations, a Drama Desk nomination for Best Play and the Special Drama Desk Award for “more than two decades of excellence and for nurturing Asian-American voices in stylistically varied and engaging theater.”