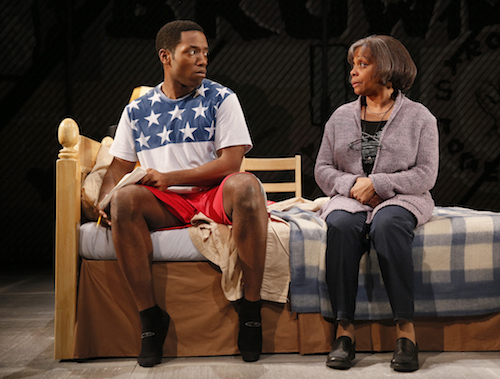 Seattle Repertory Theatre is presenting Kimber Lee’s vivid and stirring play, brownsville song (b-side for tray) directed by Juliette Carrillo (Seattle Rep’s The Brothers Size) in the Leo K. Theatre, located at Seattle Center at the corner of Second Ave. and Mercer St., Seattle, Washington. The play began previews on March 25 and continues through April 24. Opening Night is Wednesday, March 30 at 7:30 p.m. Tickets start at $17 and are available now through the Seattle Rep Box Office at (206) 443-2222 and online at seattlerep.org.

After a senseless act of violence, a high schooler’s family must pick up the pieces and find hope and resilience within their tight-knit Brooklyn borough. 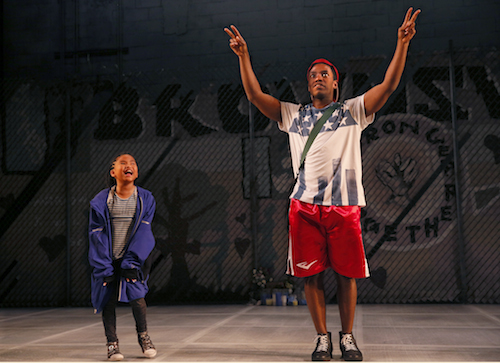 The legacy of violence in America begs a question for people to consider – what do we do with the absence left behind by the young men and women of color who leave us unnecessarily early? “With every loss, we are all diminished,” writes playwright Kimber Lee. “The effects of our collective failure to stem the tide of gun violence has spread beyond the borders of any particular neighborhood,” she continues, expressing that the life and legacy of one young man, who is more than what he may seem, belongs to us all and should not simply be treated as another tragic statistic.

With a premiere at the Humana Festival of New American Plays in 2014 followed by a well-received off-Broadway run at Lincoln Center, brownsville song (b-side for tray) has repeatedly been lauded for its vitality as an important new play and for the contributions it offers to the national conversation on urban communities experiencing trauma. Seattle Rep is pleased to present this beautifully rhythmic, contemporary play told in the past and the present, which provides a snapshot of a tightknit American family who must find a way to move forward after the sudden loss of a loved one. 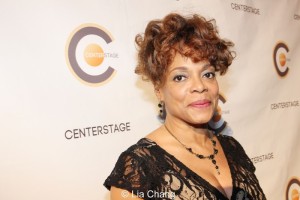 Denise Burse lives and works in New York. Miss Burse is happy to be at Seattle Repertory Theatre for the third time. Her first show here was The Piano Lesson directed by Lloyd Richards. Next was Radio Golf directed by Kenny Leon. Both plays were written by August Wilson. Some of Miss Burse’s most recent credits include an episode of “Black Mirror,” a Netflix series; the newly released independent film Anesthesia by Tim Blake Nelson; a workshop of Nathan Alan Davis’ The Refuge Plays Trilogy directed by Patricia McGregor; and a workshop of Dominique Morisseau’s Autumn Harvest. You can still catch Miss Burse in the recurring role of Claretha Jenkins on Tyler Perry’s “House of Payne.” Denise is a Theatre World Award winner and an Audelco Award nominee and winner for acting.

Tyler Trerise attended the Cornish College of the Arts and is now an actor in Seattle. He has appeared in productions in Seattle since 2012, including The Whipping Man (Taproot Theatre), Broke-ology (Seattle Public Theater), Mwindo (Seattle Children’s Theatre), The Flick (NCTC), and John Baxter is a Switch Hitter and Bootycandy (Intiman), as well as appearing in the 2012 film Fat Kid Rules the World, and starring in the 2015 indie flick Star Leaf.

Leah DeLynn Dual is an emerging artist and her credits include Can I Get A Witness Volume II (First African Methodist Episcopal Church in Partnership with Langston Hughes Performing Arts Institute, Steve Sneed, Artistic Director); and Rooted: An Anti-Bullying Play (Langston Hughes Performing Arts Institute, Pre-Teen Summer Academy), a musical that Director Olisa Enrico-Johnson devised collaboratively with the cast. Leah has proudly declared to her family, “I was born to be an actor.” Leah is in 4th grade in the Renton School District.

Catherine Ting Karman is making her first appearance on a professional stage. She is currently attending 5th grade at Greenwood Elementary, and has been involved with its musical theater group for the last four years. She is at the top of her class and loves school. Catherine also enjoys going to performing arts shows around town, playing the piano, singing, playing basketball, biking, and swimming. At the age of nine months, she was adopted from China and joined her forever family here in Seattle. She is very grateful to Seattle Rep for this incredible opportunity, and describes this play as “very heartwarming, it grabs your attention and doesn’t let go.”

Director Juliette Carrillo returns to Seattle Repertory Theatre, where she previously directed The Cook by Eduardo Machado and The Brothers Size by Tarell Alvin McCraney. A graduate of the Yale School of Drama, Juliette has directed critically-acclaimed premiere and revival productions in theatres across the country, including Oregon Shakespeare Festival, Mark Taper Forum, South Coast Repertory, Yale Repertory, Denver Center Theatre Company, and Goodman Theatre. As a member of the Cornerstone Theater Company ensemble, she has developed work for and with various communities such as the Los Angeles River community, the addiction and recovery community, the Hindu community, and seniors and their caregivers. She was an Artistic Associate and Director of the Hispanic Playwright’s Project at South Coast Repertory for seven years. She is a recipient of several awards, including the NEA/TCG Directing Fellowship and the Princess Grace Award, and was recently named finalist for the Zelda Fichandler Award.

Select Saturday, Sunday, and Wednesday matinees at 2:00 p.m. (no matinees during previews)

Seattle Rep was founded in 1963 and is currently led by Artistic Director Braden Abraham and Managing Director Jeffrey Herrmann. One of America’s premier not-for-profit resident theatres, Seattle Repertory Theatre has achieved international renown for its consistently high production and artistic standards, and was awarded the 1990 Tony Award for Outstanding Regional Theatre. With an emphasis on entertaining plays of true dramatic and literary worth, Seattle Rep produces a season of plays along with educational programs, new play workshops, and special presentations.