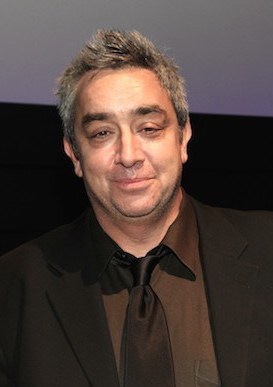 The Drama Book Shop will welcome Pulitzer Prize-winning playwright Stephen Adly Guirgis for a discussion and signing of his new play, Between Riverside and Crazy, on Tuesday, April 5th at 5:00pm. The Drama Book Shop is located at 250 W 40th St between 7th Ave and 8th Ave in New York. The discussion is free to the public and copies of Mr. Guirgis’ play will be available for purchase.

Between Riverside and Crazy was awarded the 2015 Pulitzer Prize for Drama after its world premiere at Atlantic Theatre Company. In Guirgis’ new play, City Hall is demanding more than Pops’ signature, the Landlord wants him out, the liquor store is closed — and the Church won’t leave him alone. For ex-cop & recent widower Walter “Pops” Washington and his recently paroled son Junior, when the struggle to hold on to one of the last great rent stabilized apartments on Riverside Drive collides with old wounds, sketchy new houseguests, and a final ultimatum, it seems the Old Days are dead and gone — after a lifetime living between Riverside and Crazy.

Mr. Guirgis’ plays have been performed on five continents and throughout the United States. Jesus Hopped the ‘A’ Train, Our Lady of 121st Street, In Arabia We’d All Be Kings, The Last Days of Judas Iscariot and The Little Flower of East Orange were all produced by LAByrinth and directed by Philip Seymour Hoffman. Judas and Little Flower were co-productions with the Public Theater. Other plays include Den of Thieves, Race Religion Politics, Dominica: The Fat Ugly Ho and the upcoming Untitled/St. Paul play. UK and regional premieres at the Donmar Warehouse (Olivier nom.), the Almeida (dir. Rupert Goold), the Arts, the Hampstead, Edinburgh (Fringe First Award) and two Midwest premieres at Steppenwolf. New Dramatists alumnus, MCC Playwrights and Ojai Playwrights member. TV writing credits include NBC’s “UC: Undercover,” David Milch’s CBS drama “Big Apple,” “NYPD Blue” and “The Sopranos.”