Ms. Mazzie will play her first performance in THE KING AND I on the same night that Daniel Dae Kim makes his Broadway debut as The King of Siam.

Kelli O’Hara, who won the 2015 Tony Award for Best Actress in a Musical for her performance as Anna Leonowens, will play her final performance in THE KING AND I on Sunday, April 17. Beginning Thursday, March 17, Ms. O’Hara will be joined by her original co-star, Tony Award nominee Ken Watanabe, for her final weeks in the production. 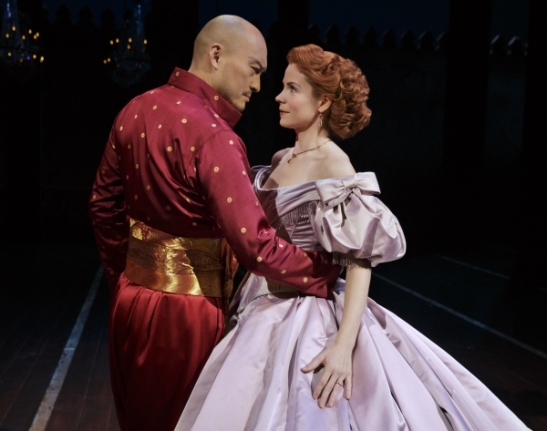 MARIN MAZZIE was nominated for Tony Awards for her performances in Kiss Me, Kate (Outer Critics Circle Award), Ragtime (Drama Desk and Outer Critics Circle nominations), and Passion. Her other Broadway credits include Bullets Over Broadway (Outer Critics Circle Award), Next to Normal (opposite husband, Jason Danieley), Enron, Spamalot, Man of La Mancha, Into The Woods, and Big River. She also starred in the West End productions of Kiss Me, Kate (Olivier nomination) and Spamalot. Encores!: Zorba, Kismet, and Out Of This World. Off-Broadway: Carrie (Drama Desk nomination), The Vagina Monologues, The Trojan Women, and The World Goes ‘Round (also national tour). TV: “The Big C,” “Smash,” “Without a Trace,” “Still Standing,” “Numb3rs,” “Jake in Progress,” “Stacked,” “Ring Them Bells! A Tribute to Kander & Ebb,” “Sondheim: The Birthday Concert,” “Camelot,” “My Favorite Broadway: ‘The Leading Ladies’ & ‘The Love Songs’,” and “The Boston Pops’ Tribute to Jerry Herman.” Marin has been heard in many of the country’s major symphony halls, cabaret and concert venues. MARIN MAZZIE: MAKE YOUR OWN KIND OF MUSIC Live at 54 Below is available on Broadway Records. 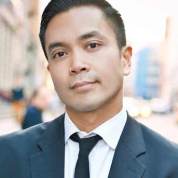 Hoon Lee currently stars as the King of Siam through Wednesday, March 16. Analisa Leaming will play the role of Anna Leonowens opposite Jose Llana, who starred as the King last summer, from Tuesday, April 19 through Sunday, May 1.

The production features choreography by Christopher Gattelli, based on the original choreography by Jerome Robbins, sets by Michael Yeargan, costumes by Catherine Zuber (2015 Tony Award), lights by Donald Holder, sound by Scott Lehrer, and musical direction by Ted Sperling. Andrew Resnick conducts THE KING AND I’s 29-piece orchestra performing the musical’s original orchestrations by Robert Russell Bennett and its dance and incidental music by Trude Rittman.

THE KING AND I is performed Tuesday and Thursday evenings at 7pm and Wednesday, Friday, and Saturday evenings at 8pm, with matinees Wednesday and Saturday at 2pm and Sunday at 3pm. Tickets are available at the Lincoln Center Theater box office (150 West 65 Street), at telecharge.com, or by visiting KingandIBroadway.com. A limited number of tickets priced at $32 are available at every performance through LincTix, LCT’s program for 21 to 35 year olds. For information and to enroll, visit LincTix.org.