Performances are Thurday through Saturday at 7pm and Sunday at 4pm. Tickets are $25/$20 students and seniors. For more information, click on www.lamama.org and on UNDEFINED FRACTION, click on www.loco7.org. Box Office: 646-430-5374

Puppetry from the U.S., Japan, Belgium and Colombia will be featured in the 2015 LA MAMA PUPPET SERIES set for November 5 to 29 on all four of La MaMa’s stages in New York City. This biennial festival highlights new contemporary puppet theatre from many of the world’s leading puppet artists during the month of November, including Heather Henson,Ty Defoe, Tom Lee, Koryu Nishikawa V, Loco7 Dance Puppet Theatre Company and Maiko Kikuchi.

The festival features five main stage shows that are geared toward an adventurous theatre audience, as well as family programming and one-night only special events. The five main stage productions are multi-disciplinary theatre pieces that explore serious themes.

“I am excited for audiences to see the work because it incorporates a stunning array of powerful imagery, music, dance, and compelling ideas that truly reflects La MaMa’s dedication to promoting and presenting innovative theatre.” says Denise Greber, director and curator of the PUPPET SERIES. 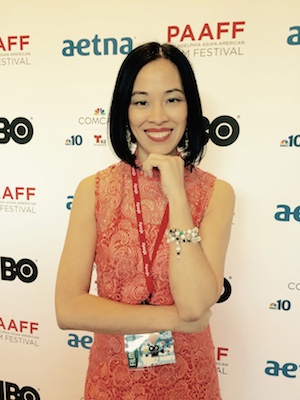 Lia Chang is an award-winning filmmaker, a Best Actress nominee, a photographer, and an award-winning multi-platform journalist. Lia has appeared in the films Wolf, New Jack City, A Kiss Before Dying, King of New York, Big Trouble in Little China, The Last Dragon, Taxman and Hide and Seek, which will screen at the Philadelphia Asian American Film Festival on November 21st. She is profiled in Examiner.com, FebOne1960.com Blog, Jade Magazine and Playbill.com.

All text, graphics, articles & photographs: © 2000-2015 Lia Chang Multimedia. All rights reserved. All materials contained on this site are protected by United States copyright law and may not be reproduced, distributed, transmitted, displayed, published or broadcast without the prior written permission of Lia Chang. You may not alter or remove any trademark, copyright or other notice from copies of the content. For permission, please contact Lia at lia@liachangphotography.com