PBS’s CHITA RIVERA: A LOT OF LIVIN’ TO DO Premieres on Nov. 6 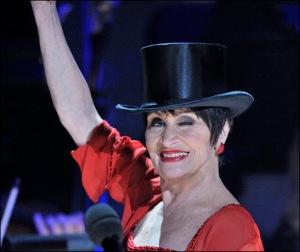 Chita Rivera: A Lot of Livin’ to Do, a 60-minute career retrospective featuring interviews, archival performance footage, and newly filmed songs from Rivera’s concert repertoire including such numbers as “A Boy Like That,” “America,” “All That Jazz,” and “Nowadays”, airs on THIRTEEN’s Great Performances, Friday, November 6 at 9 p.m. on PBS. (Check local listings.)

The special celebrating Ms. Rivera’s extraordinary career then and now will air as part of the PBS ARTS FALL FESTIVAL 2015.

Anita in West Side Story. Rosie in Bye Bye Birdie. Velma in Chicago. Those are just some of the iconic roles created by the incredible Chita Rivera. The Broadway legend has been lighting up Broadway and international stages for over 70 years.

With originating roles in a host of other iconic Broadway shows including Mr. Wonderful, The Rink, Bajour, and Kiss of the Spider Woman, and major revivals of Nine, The Mystery of Edwin Drood, and numerous others, Rivera was also a frequent guest star during the Golden Age of Television variety specials. This past season, Ms. Rivera returned to Broadway’s Lyceum Theatre in a Tony-nominated starring role in The Visit.