Performances are Monday through Saturday evenings at 7:00pm with matinees Saturday at 2pm. Tickets for all seats for all performances are from $25 – $40 and may be purchased at www.naatco.org or by calling 866-811-4111.

Under the leadership of Artistic Producing Director Mia Katigbak and co-founder Richard Eng, NAATCO was founded in 1989 to assert the presence and significance of Asian American theatre in the United States, demonstrating its vital contributions to the fabric of American culture by offering European and American classics as written with all Asian American casts; adaptations of these classics by Asian American playwrights; and new plays – preferably world premieres – written by non-Asian Americans, not for or about Asian Americans, but realized by an all Asian American cast. NAATCO puts into service its total commitment to Asian American theatre artists to more accurately represent onstage the multi- and inter-cultural dynamics of our society. By doing so, they demonstrate a rich tapestry of cultural difference bound by the American experience. The enrichment accrues to each different culture as well as to America as a whole. NAATCO performs the western classical repertory as written, with no forced Asian cultural associations. The repertory’s importance comes not only through the valuable training it provides for theatrical craft, but also from its ability to reach across ethnic boundaries to illuminate abiding characteristics of human nature. For her performance in the 2013 production of Clifford Odets’ Awake and Sing!, Mia Katigbak won an OBIE Award. NAATCO was the recipient of the 2012-13 Lucille Lortel Award from the League of Professional Theatre Women for their work “highlighting the multi- and intercultural dynamics of our society” and the 2006 Rosetta LeNoire Award from Actors’ Equity Association in recognition of its contribution toward increasing diversity and non-traditional casting in American theatre. NAATCO received an OBIE Grant in 2000 in recognition of the season’s productions: William Finn’s Falsettoland and the Brecht/Weill pieces, He Who Says Yes/He Who Says No. For more information, visit www.naatco.org. 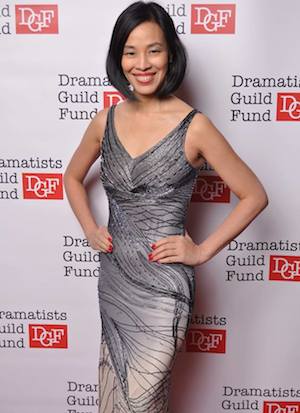