Tonight I am going to the Dramatists Guild Fund’s annual gala, GREAT WRITERS THANK THEIR LUCKY STARS at Gotham Hall (1356 Broadway at 36th Street), hosted by actor, musician and Emmy-nominated composer Darren Criss, who will also perform. (cocktail reception at 6:30pm, dinner and celebration at 7:30pm) 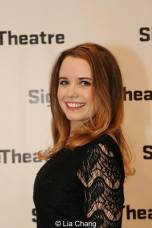 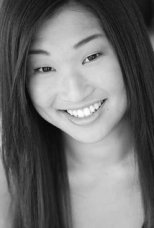 President Andrew Lippa and Executive Director Rachel Routh have also announced that DGF Board members Roe Green & Barbara Olcott have graciously pledged to match up to $100,000 of donations to support DGF’s growing programs for writers at all stages of their careers. To make a tax deductible donation to the Dramatists Guild Fund, visit dgfund.org/donate.

The Gala is the most critical fundraising event for the Dramatists Guild Fund, now celebrating 53 years of service to writers across the country through educational programs, writing development opportunities, and emergency aid to dramatists in need. This very special evening pays tribute to legendary writers and recognizes their significant contributions to American theater.

Performance only tickets are currently on sale through TodayTix, the official ticketing sponsor of the Gala, at www.todaytix.com. To purchase tickets for the full event, visit dgfund.org/gala.

The Dramatists Guild Fund is the public charity arm of the Dramatists Guild of America. Its mission is to aid and nurture writers for the theater; to fund non-profit theaters producing contemporary American works; and to heighten awareness, appreciation, and support of theater across the country. Each year, DGF awards grants to non-profit theatrical organizations across the country that produce works by American writers, provides emergency aid to writers facing illness or other unforeseen circumstances, and supports numerous educational programs and writing development opportunities for dramatists. For more information visit www.dgfund.org.