Oppressed in Heels ​and A​ Letter for You​ presents T​HE TROJAN WOMEN, helmed by Nathaniel P. Claridad, Oct. 23 – Nov. 1 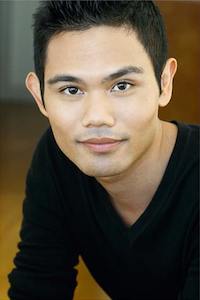 Oppressed in Heels ​and A​ Letter for You​ presents T​HE TROJAN WOMEN,​ a new devised work pulled from interviews of women dealing with war in its many ravaging forms, woven into the narrative of Euripides’ classic text. Nathaniel P. Claridad (the original company of Here Lies Love) directs and serves as head writer for the new investigative theatre piece that will play October 23rd through November 1st at the Access Theatre, 380 Broadway in New York. Tickets are $18 and can be purchased here.

Using found, classical and devised text, the work aims to show the plight of millions of women lensed by Euripides’ look at women in internment.

“Our goal is to close the gap between antiquity and the present, and to illuminate how much and how little has changed for women of war,”­ said director and writer Nathaniel P. Claridad.

Founded in 2015, Oppressed in Heels is a three part series that uses the theatre of the past to illuminate the present. By creatively adapting traditional narratives exploring the role of a woman’s voice, we aim to foster discussion in the here and now around what these stories can tell us about our world today. By creating a communal experience, and great art, we can empower our audience to question the forces that shape these stories, and examine their role in defining our beliefs.

‘A Letter for You Project’​ collects anonymous handwritten letters of support and encouragement for survivors. These letters are read by survivors to give them something back that has been stolen from them. For more information, click here.

“I’m waiting for the day when it becomes something positive for someone else and this is hopefully a stepping stone to that…someone will hear something that I say, and I won’t even know, but it will be helpful” Anonymous. To support the project, please visit Oppressed in Heel’s Indigogo page.