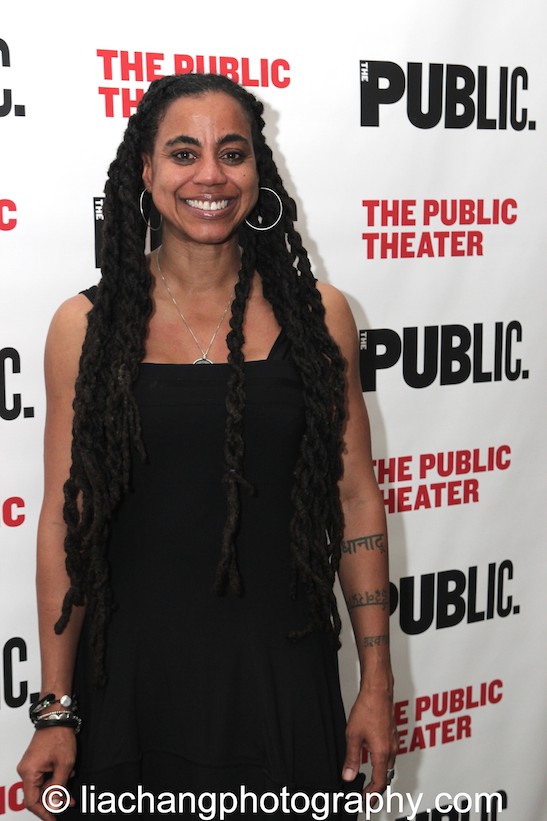 Congratulations to playwright, novelist and songwriter Suzan-Lori Parks who is this year’s recipient of the 22nd Annual $300,000 Dorothy and Lillian Gish Prize.

Established in 1994 through the will of the legendary actress Lillian Gish, the Dorothy and Lillian Gish Prize is widely regarded as one of the most prestigious honors given to artists in the United States and bears one of the largest cash awards. Over the past two decades, the Gish Prize Trust has paid tribute to Lillian Gish’s achievements as the First Lady of American Cinema by recognizing highly accomplished artists who have pushed the boundaries of their art forms, contributed to social change and paved the way for the next generation. Suzan-Lori Parks now joins a roster of honorees that includes Maya Lin, Frank Gehry, Bob Dylan, Arthur Miller, Shirin Neshat, Ornette Coleman, Trisha Brown, Anna Deavere Smith and Spike Lee.

Click here to read the full article in the LATimes.

The Gish Prize will be presented to Parks on the evening of Monday, November 30, 2015 at The Public Theater in New York City, where she has served since 2008 as the institution’s first Master Writer Chair. The private ceremony, attended by leaders of the performing arts and literary communities, will include remarks by Oskar Eustis, Artistic Director of The Public Theater, and playwright and screenwriter Tony Kushner. The event will also feature a performance of an excerpt from Parks’s play Topdog/Underdog featuring actors Brandon J. Dirden and Jason Dirden, as well as a musical performance by Parks and bandmate Steven Bargonetti.

Suzan-Lori Parks said, “To be a recipient of the Dorothy and Lillian Gish Prize is a great honor. Past winners—I’ve been looking up to them and following in their footsteps for years. And now I’m invited to join them? It’s brilliantly trippy. And it’s humbling too, getting invited into this family of artists.”

The company of Father Comes Home from the Wars (Parts 1, 2 & 3). Photo by Joan Marcus

Named among Time magazine’s “100 Innovators for the Next Wave,” Suzan-Lori Parks is one of the most acclaimed playwrights in American drama today. She is the first African-American woman to receive the Pulitzer Prize in Drama, and is a MacArthur “Genius” Award recipient. Ms. Parks has created a powerful and pervasive body of work that has helped define American theater today. Best known for such groundbreaking dramas as Topdog/Underdog—awarded the Pulitzer Prize in 2002—and Father Comes Home From The Wars, Parks’s work challenges contemporary conceptions of race, sexuality, family and society, and is distinguished by its striking wordplay, vibrant wit and uninhibited style. Throughout her career, Parks has drawn inspiration from a rich blend of literary and historical traditions to produce her plays, her novel Getting Mother’s Body (Random House, 2003) and numerous screenplays, including scripts for Spike Lee’s Girl 6 and an adaptation of Zora Neale Hurston’s novel Their Eyes Were Watching God for executive producer Oprah Winfrey. In 2007, after writing one short play every day for a year, Parks undertook one of the largest and most ambitious grassroots collaborations in theater history when 365 Days/365 Plays was produced in more than 700 venues around the world, from street corners to opera houses. Following the success in 2011 of the Tony Award Winning Broadway production of The Gershwins’ Porgy and Bess, for which she wrote the script adaptation, Parks has deepened her involvement with music, performing solo and with her band at venues around New York City and overseas. She was named the first Master Writer Chair at The Public Theater in 2008 and currently appears regularly on the mezzanine of the lobby in the free performance piece Watch Me Work, a meditation on the artistic process and actual work session in which audience members participate by doing their own writing and then getting feedback and guidance from Parks about their creative process. Parks also serves as a visiting arts professor in dramatic writing at New York University’s Tisch School of the Arts and holds honorary doctorates from Brown University, among other institutions.

She’s been awarded grants by the National Endowment for the Arts, Rockefeller Foundation, Ford Foundation, New York State Council on the Arts and New York Foundation for the Arts. She is also the recipient of a Lila-Wallace Reader’s Digest Award, a CalArts/Alpert Award in the Arts, and a Guggenheim Foundation Grant. She and is an alum of New Dramatists and of Mount Holyoke College.

Her newest plays, Father Comes Home From The Wars (Parts 1, 2 & 3)—set during the Civil War—was awarded the Horton Foote Prize, the Edward M. Kennedy Prize for Drama as well as being a 2015 Pulitzer Prize Finalist.

Suzan-Lori Parks’ FATHER COMES HOME FROM THE WARS, PARTS 1, 2 & 3 is the 2015 Winner of the Edward M. Kennedy Prize for Drama Inspired by American History

Parks credits her mentor James Baldwin for starting her on the path of playwriting. One of the first to recognize Parks’ writing skills, Mr. Baldwin declared Parks “an astonishing and beautiful creature who may become one of the most valuable artists of our time.”

Ella Baff stated, “Suzan-Lori Parks has, in the words of Ms. Gish, ‘made an outstanding contribution to the beauty of the world and to mankind’s enjoyment and understanding of life.’ She has an audacious and vivid imagination. Her writing is a complex and multi-layered articulation of history, myth, sexuality and identity told in voices that need to be heard.”

JPMorgan Chase Bank, N.A. serves as trustee of the Dorothy and Lillian Gish Prize Trust. Speaking for The Philanthropy Centre at J.P. Morgan Private Bank, Managing Director Jacqueline E. Elias stated, “With the help of our esteemed selection committee, we have continued to support Lillian Gish’s vision of recognizing and celebrating those artists who have made an indelible impact through their work. In choosing Suzan-Lori Parks, this year’s committee has underscored the continuing importance of dramatic writing in giving voice to the endless variety of human experience and shaping our society, and has provided substantive support to Ms. Parks’s ongoing creative endeavors. We congratulate Suzan-Lori Parks on receiving this high honor.”

About Dorothy and Lillian Gish
Dorothy and Lillian Gish followed their mother onto the stage at an early age. The older of the two sisters, Lillian took her first theatrical curtain call in 1902 at the age of eight in the play In Convict’s Stripes. In 1912, the sisters’ childhood friend Mary Pickford introduced them to D.W. Griffith, who launched their film careers. Lillian would become one of America’s best-loved actresses and is considered by many the First Lady of the Screen. In her 85-year career, she appeared in more than 100 films—from Griffith’s An Unseen Enemy (1912) to Lindsay Anderson’sThe Whales of August (1987)—and also took numerous roles in television and on stage. Dorothy Gish began her stage career at the age of four and also went on to make more than 100 films, many of them with Lillian. Dorothy’s early work in film highlighted her keen sense of humor, bringing her acclaim as a star of comedy. At the end of the silent era, she turned her attention to the stage, where success in Young Love brought her accolades with New York audiences, on the road and subsequently in London. In 1939 Dorothy and Lillian each played Vinnie Day, wife of Clarence Day, Sr., in two extensive American road company productions of Life with Father. Dorothy returned to film and television in the 1950s. Upon her death in 1968, Dorothy Gish left the bulk of her estate to the arts. Lillian Gish died in 1993 and also left the bulk of her estate to the arts, including a trust for the formation of the Dorothy and Lillian Gish Prize.

Lia Chang is an award-winning filmmaker, a Best Actress nominee, a special events and performing arts photographer, and an award-winning multi-platform journalist. Lia has appeared in the films Wolf, New Jack City, A Kiss Before Dying, King of New York, Big Trouble in Little China, The Last Dragon, Taxman and Hide and Seek, which will screen at the Philadelphia Asian American Film Festival on November 21st. She is profiled in FebOne1960.com Blog, Jade Magazine and Playbill.com.