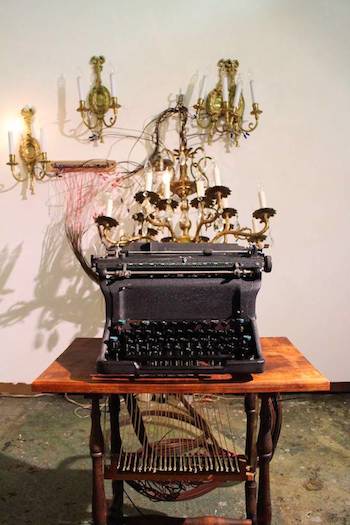 A garden oasis located in the Bronx overlooking the Hudson River and Palisades, Wave Hill has a distinguished history as a landscape that has inspired, and shown, the work of visual artists since the late 1970s. Noting that observation and notation are central to the practice of many artists, Wave Hill’s fall exhibition focuses on this aspect of the creative process.  Field Notes brings together the work of three artists whose projects, in Glyndor Gallery and on the grounds, will encourage visitors to discover connections of their own.

Whatever the medium used—sketching, photography or video—notations from travels serve as inspiration for each of the artists in this exhibition. Matthew Friday presents a field station of sorts, documenting the changing ecologies of the lower Hudson Valley Watershed. David McQueen constructs an imagined narrative between Samuel Clemens (Mark Twain) and his wife Olivia during their two-year sojourn in Wave Hill House (1901–1903). Michelle Stuart ’s drawings and photographs draw on her extensive travels in Morocco in the early 1980s. 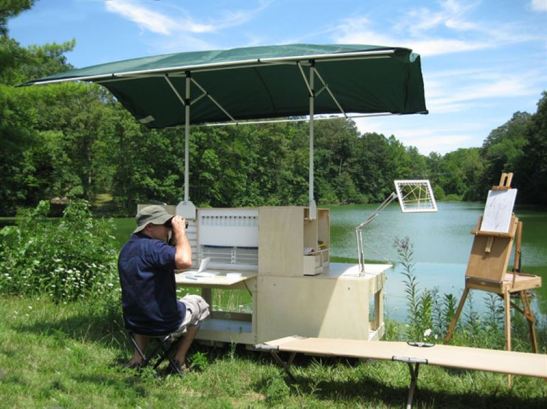 With Hydrographic Apparatus, Matthew Friday relocates a mobile and modular research station that contains a variety of cartographic and scientific instruments. Operating as a provisional laboratory, camping platform, library and exhibition installation, the piece will include a portable, pigment-processing mill powered by the prototype for a 19th-century solar engine. Set up as a diorama, the research station’s equipment will be demonstrated at two Wave Hill art projects—one for families, the other for adults—this fall.  Friday will also use locally sourced dyes to create a diagrammatic wall map of the lower Hudson Valley, indicating sources of pollution, species  migration, geological and meteorological transformation as well as ongoing and potential responses to these issues. He will present an archive of documentation from groups that are confronting the changes happening along the Hudson River. It will include preserved flora, fauna and man-made artifacts gathered from the watershed, as well as blackboards to solicit interaction with visitors, allowing them to share their perspectives and experiences. 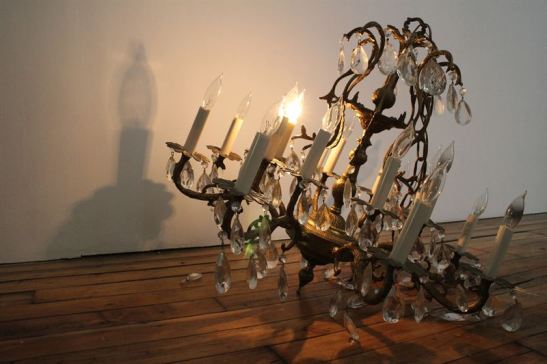 During the time that Samuel Clemens (Mark Twain) and his wife Olivia lived at Wave Hill House more than a century ago, Olivia was ill and required “quiet seclusion” to regain her health. This is the starting point for David McQueen ’s investigation into the relationship between Samuel and Olivia. The objects and drawings McQueen is presenting as “field notes” belong to an imagined narrative in which husband and wife construct elaborate mechanisms to communicate, thereby maintaining their intimacy despite Olivia’s prescribed isolation.

Among the unlikely components McQueen imagines are gramophone horns installed into a favorite chestnut tree, so that writing outdoors, in the afternoons, Clemens would still be able to hear his beloved’s daily singing. He envisions telescopes and mirrors installed at angles so that husband and wife might catch glimpses of one another throughout the day. In McQueen’s narrative, the use of a double-wired chandelier and sconces in Olivia’s sickroom would enable Samuel to know exactly where he was on the property. The artist’s narrative will unfold inside Glyndor Gallery, while gramophone horns will be installed around the property to transmit the sounds heard in the gardens. The installation includes a rewired chandelier and sconces, as well as “recovered” telescopes and mirrors. Visitors can explore this story by walking the same grounds the Clemens’ so loved and discovering fragments of their long-ago story. 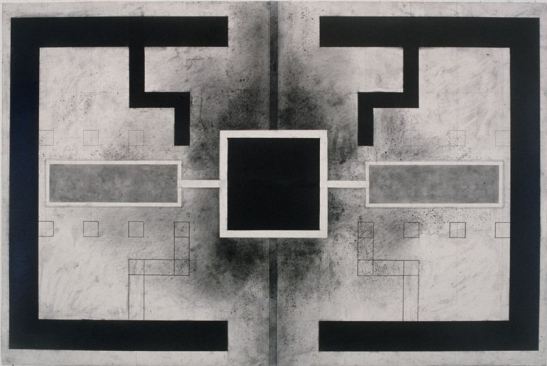 Throughout Michelle Stuart ’s expansive career, travel and observation have fueled her intense interest in history, archaeology, astronomy, botany and other ways to relate to the world. For Field Notes , she will exhibit seven drawings from a series created in 1982, following a trip to Morocco. On that trip she visited madrasas, secluded, sacred spaces for prayer and meditation where photography was not permitted.  On her return, she embarked on these drawings from memory. Using graphite, and in some cases silver leaf or watercolor, she encompasses the experience of the geometric, sparse spaces. This body of work has never been shown in New York. For the exhibition, she has also created a new work titled Yasmine: Maroc Notebook , which consists of 11 framed photographs taken from her travels and her notebooks. Stuart’s installation calls to mind distant spaces that act as a counterpart to Wave Hill’s garden landscape.

Matthew Friday works across a variety of media, contexts and institutions, focusing on organized labor, community agriculture and watershed remediation. Friday has exhibited in a number of venues, including Exit Art, New York, NY; the University of Buffalo Art Department Gallery; the Cambridge Art Association, Cambridge, MA; 1708 Gallery, Richmond, VA; the University of Rochester Art Gallery; the Pittsburgh Center for the Arts; the Center for Contemporary Arts in St. Louis; and Spaces, Cleveland, OH. Friday studied at the Slade School of Art, the University of New Mexico and the Whitney Independent Study Program. He has an MFA from Indiana State University. A committed educator, he is the graduate coordinator and associate professor of critical studies for the Art Department at the State University of New York at New Paltz.

David McQueen is a sculptor and installation artist living and working in Brooklyn, New York. He is represented by Kim Foster Gallery in New York. His work has been shown at Wayfarers, DUMBO Arts Center and at Parker’s Box in Brooklyn, NY; Delaware Center for Contemporary Art, Wilmington, DE; and The Bronx Museum of the Arts, Bronx, NY. He is a 2011 NYFA Fellow in sculpture, and received an MFA in sculpture from Virginia Commonwealth University and a BA from Oberlin College. He is also the Arts director for Advancement for Rural Kids (ARK), an impact organization that provides feeding programs, scholarships and arts education for children in rural provinces of the Philippines.

Michelle Stuart studied in Mexico, France and in New York at The New School for Social Research. Since the 1960s, she has engaged the landscape through large-scale earth works and earth drawings, multi-media installation, encaustic paintings, sculptural objects, drawings and prints. Photography has been a constant and is currently her primary medium. Always a pioneer in the use of natural materials and processes, she has long been interested in extinction and genetics. A selection of work from her series on genetic variation was exhibited at Wave Hill in 2000. Her work can be seen in the Whitney Museum of Art’s opening exhibition, America is Hard to See , and is represented in the collections of the Museum of Modern Art, the Metropolitan Museum of Art, the Art Institute of Chicago, the Museum of Contemporary Art (Los Angeles), the San Francisco Museum of Modern Art and the Walker Art Center (Minneapolis). Stuart lives and works in New York City and Amagansett, NY.

Follow the lead of visiting artist Matthew Friday on a hunt for dandelion, curly dock, wood sorrel, plantain and clover plants among the grasses of Wave Hill. Sketch these hearty, edible plants with naturally sourced dyes in your very own field book. Visit Friday’s moveable field station, part of the fall exhibition in Glyndor Gallery, and join the rebellion against prescribed labeling of weeds by designing an edible plant seed packet to plant seeds at home.