The Victory Gardens Theater’s IGNITION Festival of New Plays is a national annual festival devoted to fostering a community of support for the development of outstanding new plays and nurturing relationships with emerging and established playwrights and will run from Thursday, July 16 – Sunday, July 19, 2015. Check below for the full lineup. 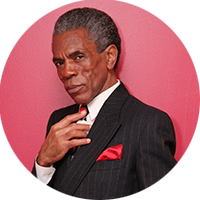 From the heat of urban insurrection in Baltimore, Maryland to the incandescent glare of New York’s Great White Way, “Jelly Belly” has many stories to tell. Through song, dance, and spoken word, join Victory Gardens Theater’s Fox Foundation Resident Actor Fellow André De Shields in this riveting solo-performance as we follow this adventure from inner city impoverishment to self-actualization.

In a career spanning forty-six years, André De Shields has distinguished himself as an unparalleled actor, director, choreographer and educator.  He is the recipient of three Jeff Awards, one as Director for Victory Gardens’ 1987 production of The Colored Museum, and two as Featured Performer in a Musical for the Goodman Theatre productions of Play On! (1998) and Mary Zimmerman’s The Jungle Book (2013).  In fact André’s professional career began at Chicago’s Shubert Theatre in the 1969 production of Hair.  From there he moved on to The Me Nobody Knows at the Civic Opera House, and ultimately became a member of The Organic Theatre Company, where he created the role of Xander the Unconquerable, Ruler of the Sixth Dimension in the cult sensationWarp. A multiple Tony Award nominee, he is best known for his show-stopping performances in four legendary Broadway musicals: The Wiz, Ain’t Misbehavin’, Play On! and The Full Monty. His numerous accolades include an Emmy Award for the NBC Special based on Ain’t Misbehavin’, the National Black Theatre Festival’s Living Legend Award, the Village Voice OBIE Award for Sustained Excellence of Performance and two Doctor of Fine Arts degrees honoris causa one each from the University of Wisconsin-Madison and the State University of New York-College at Buffalo. A triple Capricorn, Mr. De Shields is the ninth of eleven children born and reared in Baltimore, Maryland. www.andredeshields.com.

Sanam Shah, a mathematician, and Ariel Spiegel, a biologist, are PhD candidates and best friends working together to discover the cause of the urgent crisis where bees are disappearing around the world. Just as they are about to publish a career-defining new paper on the subject, Sanam realizes the numbers don’t add up. Should she look the other way, or should she stand by her principles? What will she lose?

Madhuri Shekar is a playwright based in Los Angeles. Her plays include IN LOVE AND WARCRAFT (2013/14 Kendeda Graduate Playwriting Award) and A NICE INDIAN BOY. Her plays have been produced or developed at the Alliance Theatre, East West Players, the Center Theatre Group, the Oregon Shakespeare Festival, Playwrights Horizons, the Kennedy Center, Victory Gardens, Signature Theatre, and the Old Globe. She is a writer and producer of the web series “Titus and Dronicus,” which is set to launch in July 2015. She is a member of Playwrights Union and the Dramatists Guild. MFA: USC.

Slay & Eat by A. Zell Williams, directed by Henry Wishcamper 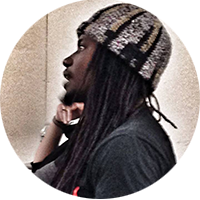 From a Chicago family in the midst of a political crisis to a schoolteacher threatened by gun violence, this year’s IGNITION Festival is a ticket to seven dynamic worlds. Pull back the curtain and go behind the scenes with playwrights Basil Kreimendahl, A. Zell Williams, Madhuri Shekar, and others as they reveal challenges and triumphs of creating new work.

The Last Book of Homer by José Rivera, directed by Jonathan Berry

Numb Nuts is a screenwriter who gets kidnapped by a drug cartel while shooting a movie in Mexico about the Trojan War. Battling their bad knees, beer bellies, cataracts, bad hearing, and bitter divisions of the past, his four brothers – ex-military guys nicknamed God, Buddha, Weasel, and Joseph Smith – come to Mexico for the rescue.

José Rivera is a recipient of two Obie Awards for playwriting for Marisol andReferences to Salvador Dali Make Me Hot, which were both produced by The Public Theatre, New York.  His playsCloud Tectonics (Playwrights Horizons),Boleros for the Disenchanted (Yale Rep),Sueño (Manhattan Class Company),Sonnets for an Old Century (The Barrow Group), School of the Americas (Public Theatre), Massacre (Sing to Your Children) (Rattlestick), Brainpeople (ACT, San Francisco), Adoration of the Old Woman (INTAR), and The House of Ramon Iglesia (Ensemble Studio Theatre), have been produced across the country and around the world.  Another Word for Beauty, with music by Hector Buitrago, will premiere in 2016 at the Goodman Theatre in a co-production with the Civilians. In the works are The Last Book of Homer,Scream for the Lost Romantics, and The Gamma Forest.  Rivera’s screenplay “The Motorcycle Diaries” was nominated for a Best Adapted Screenplay Oscar in 2005.   His screenplay based on Jack Kerouac’s “On the Road,” premiered at the 2012 Cannes Film Festival and was distributed nationally in the winter of 2013.  His film “Trade” was the first film to premiere at the United Nations. In the works is an untitled HBO pilot, co-written and produced by Tom Hanks, as well as a 10-hour limited series for HBO tentatively known as “Latino Roots.” “Celestina,” based on his play Cloud Tectonics, will mark his debut as a feature film director. He has recently completed his first novel, Love Makes the City Crumble. 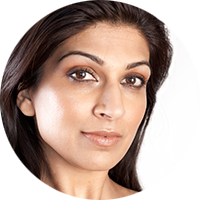 The life of a young Indian-American woman is forever changed when, on a retreat to her homeland, she unearths family secrets, encounters a prophet, and ultimately discovers her own voice. The Familiar and the Foreign swap roles in this dark comedy about culture, identity, spirituality, and sexuality.

Minita Gandhi was born in Mumbai, India. Raised primarily in San Francisco, she is proud to have called Chicago her artistic home for over 8 years. She is a writer, actor, storyteller, and lover of life. She can be seen in the recurring role of Dr. Prospere on NBC’s Chicago Fire, and has appeared on Fox’s hit show Empire, NBC’s Crisis, ABC’sBetrayal, Fox’s The Chicago Code, and was The Onion News Network’s anchor, Nina Shankar. She is a proud pledge host with PBS for their WTTW Chicago affiliate station. Minita has worked at a number of regional theaters across the country including Berkeley Repertory Theater, The Arena Stage, Milwaukee Repertory Theater, and Lookingglass Theater. She been directed by the Tony award winning adaptor and director Mary Zimmermann, and originated the role of Priya, in Silk Road Rising’s World Premiere production of Rajiv Joseph’s,The Lake Effect. She travels with the corporate comedy improv troupe, Wavelength, and is a Master Trainer for Pinnacle Performance training executives in communication all over the world. Minita writes and performs with the storytellers at Second Story based in Chicago. Muthaland is her first full-length play. It was first workshopped at Silk Road Rising where it had four sold-out performances in their Solo Festival in April 2015. Minita is represented by Gray Talent Group.

Gina, an adjunct writing professor, meets with a troubled student whose violent writings have disrupted her class. Other professors worry he’s a ticking time bomb — “a classic shooter.” Gina isn’t so sure. But where is the line drawn between troubled and dangerous?

Julia Cho’s plays include The Language Archive (Susan Smith Blackburn Award),The Piano Teacher, Durango, The Winchester House, BFE, The Architecture of Loss and 99 Histories. Honors include the NTC’s Barrie Stavis Award, the Claire Tow Award for Emerging Artists, and the Weissberger Award for Playwriting. She has been the recipient of a New York Foundation for The Arts grant and a Van Lier Fellowship from New York Theatre Workshop. She was also a Lila Acheson Wallace Playwriting Fellow at The Juilliard School and a resident at New Dramatists. Her play, Aubergine, will premiere at Berkeley Repertory Theatre in February 2016.

The Art of Solo Performance

The art of solo performance is an intimate one. Often based on personal experiences, it’s a tender moment between the artist and the audience. Sit back with IGNITION artists Minita Gandhi and Andre de Shields – alongside Chicago-based solo performers – as they break down the empowering and risk-taking journey of telling their own stories.

Sadie River, Mother to The House of River, teaches her unconventional drag family a new performance that she believes will change their lives. Rather than schooling them on gender performance, she attempts to educate her working-poor family in the art of passing as upper-class.

Basil Kreimendahl is a resident playwright at New Dramatists New York, a current McKnight Fellow at The Minneapolis Playwright’s Center and was the Provost’s Visiting Writer at the University of Iowa. Basil’s play Sidewinders won the Rella Lossy Playwright’s Award from the San Francisco Foundation. The Cost of a Goat won a National Science Award at The Kennedy Center. Basil was commissioned by Actors Theatre of Louisville for Remix 38 in the 2014 Humana Festival of New Plays. Basil’s plays have also been developed or produced by The O’Neill National Playwright’s Conference, La Jolla, Cutting Ball, New York Theatre Workshop, About Face Theatre, Actors Theatre of Louisville, Inkwell, Rattlestick Theater, Wordbirdge, Labrynth Theater, The LARK, and The Oregon Shakespeare Festival. Basil has had a Jerome Fellowship and a Core Apprenticeship from the Minneapolis Playwright’s Center, and an Arts Meets Activism grant from the Kentucky Foundation for Women. Basil’s work has been published by Howlround, Dramatic Publishing and Playscripts, Inc. MFA University of Iowa, 2013.