Jun. 12: FILM LAB PRESENTS “Focus on the Philippines” featuring John Day’s MATUD NILA (According to Them) on CrossingsTV in honor of Philippine Independence Day

Tune into CrossingsTV on Friday, June 12th for a special FILM LAB PRESENTS, the TV show, “Focus on the Philippines,”  featuring MATUD NILA (According to Them), a short animated creation by John Day of a series of events and stories about a small rural town in the Philippines, in honor of Philippine Independence Day!

Jennifer Betit Yen, Erin Quill and I are co-hosting FILM LAB PRESENTS “Focus on the Philippines” which is currently airing Monday nights in June on AAFLTV. Subscribe for free at youtube.com/asamfilmlab. 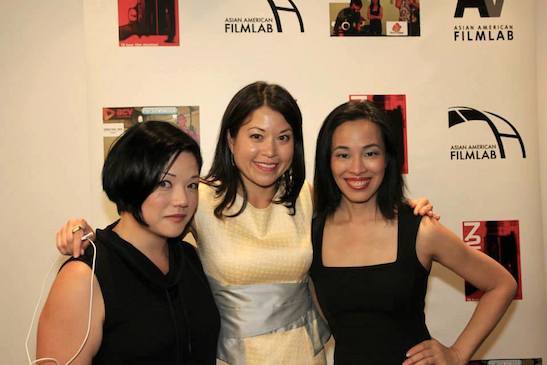 Day says, “As a digital media artist, I am interested in animated narratives that deal with memory. I combine various techniques and materials to develop imagery, including animated collage, mixed media drawing, altered photographs, text and miniature sets. I also use voice-over storytelling, sound effects and music in the sound tracks. Instead of using traditional storylines, I present a variety of sequences that can be played in any order, so that the viewer puts together a “portrait” of the subject. For MATUD NILA (According to Them), there are 24 sequences that can be played at random to create an impression of a small town in the Philippines.”

John Day graduated from Cornell University in 1967 with a BFA in fine arts. Following Peace Corps service in the Philippines from 1968-71, he returned to the United States, and maintained a career as a visual artist. Around 1980, he began working on a visual narrative about the Philippines, inspired by a journal kept during that time. Ultimately, the work evolved into an interactive animated DVD with 23 episodes. The production process included scriptwriting, artwork production, storyboards, hiring and recording voiceover narration by professional Filipino actors, animation, and digital mastering. Two production grants were obtained, and a quantity of DVDs was produced for distribution in 2014. As a requirement for one of the grants, MATUD NILA (According to Them) had a premiere screening at a theatre in Queens, NY in October 2014. Currently, Mr. Day continues to maintain an active career as a visual artist, and exhibits in the New York metropolitan area.

Check your local listings below.

Tune in every Monday night and subscribe for free at youtube.com/asamfilmlab

About Asian American Film Lab, Film Lab Presents and AAFL TV
The Asian American Film Lab is a 501(c)(3) not-for-profit organization which began working to promote diversity in media in 1998. The Asian American Film Lab’s president, Jennifer Betit Yen, founded AAFL TV in August 2013 to address an explosion of interest in diverse, original creative content along with a corresponding rising level of dissatisfaction with mainstream programming for a lack of diversity and/or perpetuation of racial stereotypes. AAFL TV’s mission is to provide innovative, contemporary, original content by, for and about diverse Americans – content that accurately reflects our heterogeneous country both in front of and behind the camera. One of the ideas behind inviting submissions from all over the globe is to empower creatives by providing a platform for diverse filmmakers to present unique and independent content and to be part of something bigger, showing the world that diverse talent is not only present, but powerful, with a voice and a stage on which to see and hear it. AAFL TV launched its first pilots as web series in September 2013. The resulting television series, “Film Lab Presents” began airing on NYCMedia, New York City’s flagship media station, in January 2014 and continued for three seasons. CrossingsTV began offering Film Lab Presents to its viewers in September 2014. AAFL TV is also available online on the Film Lab’s website (www.asianamericanfilmlab.com and www.YouTube.com/asamfilmlab). 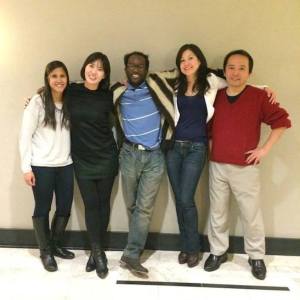 The Film Lab is run under the direction of President Jennifer Betit Yen. Board members include Edwin Wong, Aaron Woolfolk, Perry Tsao, James Kyson, and Daryl King. Management includes Youn Jung Kim, Nick Sakai and Lorna Nowve. The Film Lab’s other programming includes filmmaking workshops with industry professionals, screenwriting contests, and film competitions, including the annual 72 Hour Film Shootout (the “Shootout”). This annual competition, now in its eleventh year, has inspired hundreds of filmmakers by helping nascent talent take brave steps towards a filmmaking career. 2015 marks the 11th year Asian CineVision will partner with FilmLab to promote the Shootout at the 38th annual Asian American International Film Festival (“AAIFF”). AAIFF is New York’s leading festival for independent Asian and Asian American film and video, and the first and longest-running U.S. festival of its kind. It will be the first time the winning Shootout films will screen at film festivals in both New York City and Los Angeles and at the New York Indian Film Festival in Manhattan.