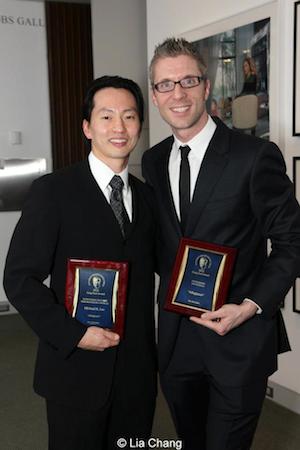 Michael K. Lee and Lorenzo Thione at the Craig Noel Awards on February 4, 2013 in La Jolla, CA. The new musical Allegiance, which had its World Premiere at the Old Globe in September of 2013, took home the top award, for Outstanding New Musical, along with two other awards, for Outstanding Featured Performance Male (Michael K. Lee), and Outstanding Orchestrations. Photo by Lia Chang

Inspired by Takei’s true-life experience, Allegiance is an untold American story spanning from the lush California heartland, to the windswept prairies of Wyoming, to the European battlefields of World War II-a multi-generational tale of one Japanese American family’s love, optimism and unparalleled heroism in the face of unimaginable circumstances. 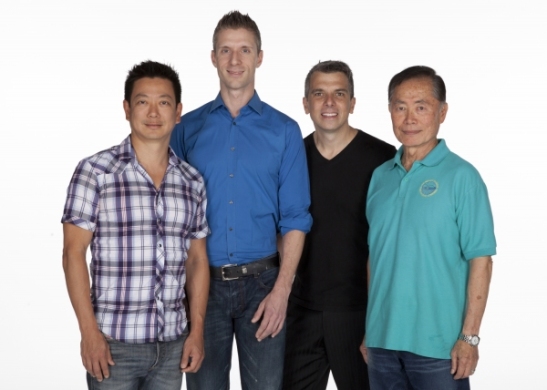