Guitarists Sachin Shenolikar and Joe Charupakorn, bassist Hiro Odaira and drummer Yoshiaki Makino of The Condescending Liberals perform on May 17 and 22 in Brooklyn

Guitarists Sachin Shenolikar and Joe Charupakorn, bassist Hiro Odaira and drummer Yoshiaki Makino of The Condescending Liberals will perform on Sunday, May 17th at The Fabulous Fifth Avenue Street Fair, their first outdoor and first kid-friendly show! They’ll be playing a one-hour set starting at 3:15pm at 5th Avenue and Sterling Place in Brooklyn, a few blocks from the Barclays Center. Rain or shine. Join Sachin afterward for birthday drinks at a venue TBD. 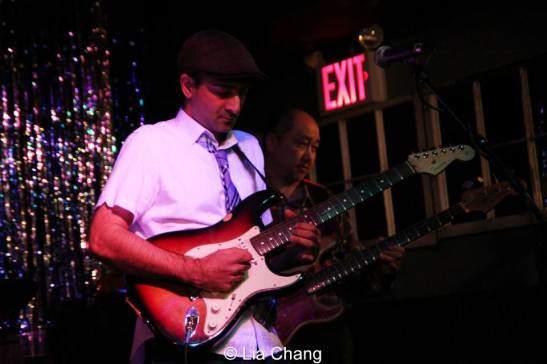 On Friday, May 22nd, check out The Condescending Liberals at Bar Chord Brooklyn, 1008 Cortelyou Road, in Ditmas Park, Brooklyn. They’ll play two sets, beginning at 9pm. Set 1 will feature the pretty harmonies of Michelle Neuringer and Lizzie Olson.  Ren Hsieh will bring some gritty blues vocals to set 2 which will go past midnight.