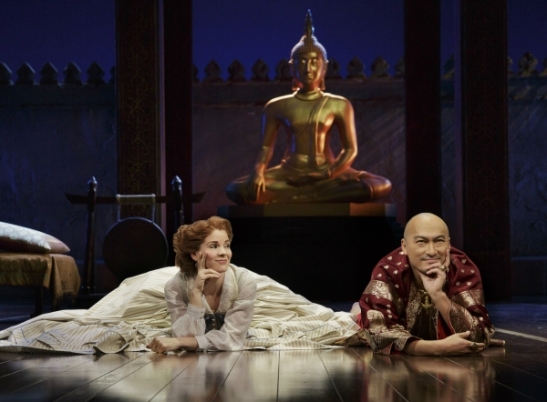 Six-time Tony Award nominee Kelli O’Hara (THE LIGHT IN THE PIAZZA, SOUTH PACIFIC) and newly minted Tony Award nominee (Best Performance by an Actor in a Leading Role in a Musical) and Academy Award nominee Ken Watanabe (THE LAST SAMURAI, INCEPTION) star in a glorious new Broadway production of Rodgers and Hammerstein’s beloved THE KING AND I. Tony winner Bartlett Sher (SOUTH PACIFIC) directs this classic tale of a British schoolteacher’s unexpected relationship with the imperious King of Siam, which opened to raves on April 16th. The brand new cast recording of the production on the Decca Broadway/Universal Music Classics label is now available for pre-order on Amazon, the digital release date is June 2, and it will be in stores on June 9. 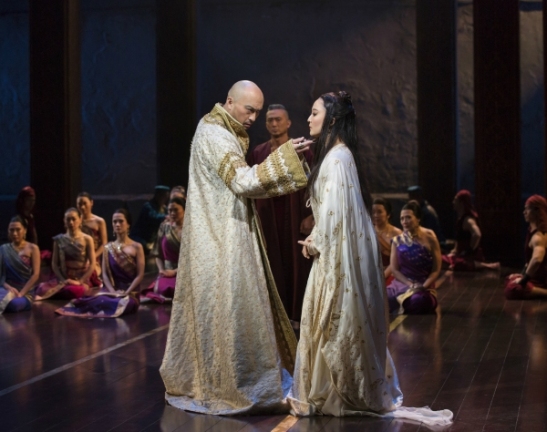 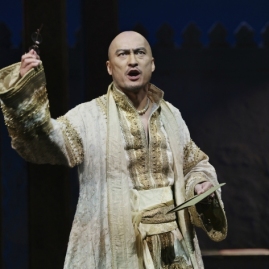 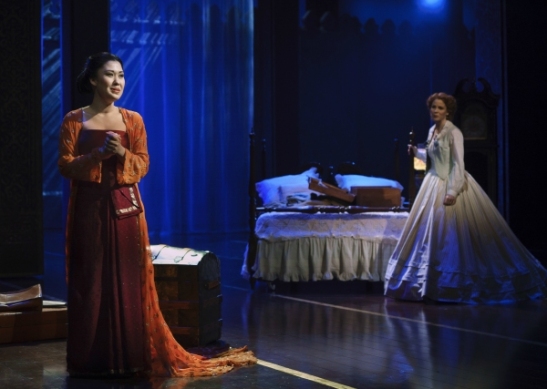 Check out what the critics are saying:
“Something wonderful indeed.”
THE NEW YORK TIMES, APRIL 16, 2015

“I doubt I’ll see a better production in my lifetime.”
THE WALL STREET JOURNAL, APRIL 16, 2015

“A landmark production and a shot of purest rapture. I never wanted it to end.”
THE HOLLYWOOD REPORTER, APRIL 16, 2015

“Magnificent. A sweepingly romantic production. How good to be getting to know the show all over again.”
NEWSDAY, APRIL 16, 2015 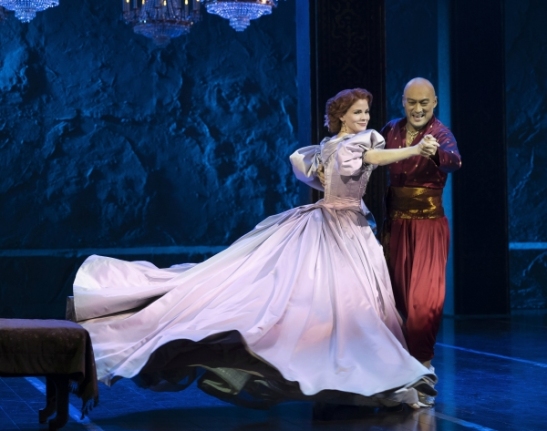 One of Rodgers & Hammerstein’s finest works, THE KING AND I boasts a score which features such beloved classics as “Getting To Know You,” “Hello Young Lovers,” “Shall We Dance,” “I Have Dreamed,” and “Something Wonderful”. Set in 1860’s Bangkok, the musical tells the story of the unconventional and tempestuous relationship that develops between the King of Siam and Anna Leonowens, a British schoolteacher, whom the imperious King brings to Siam to tutor his many wives and children. 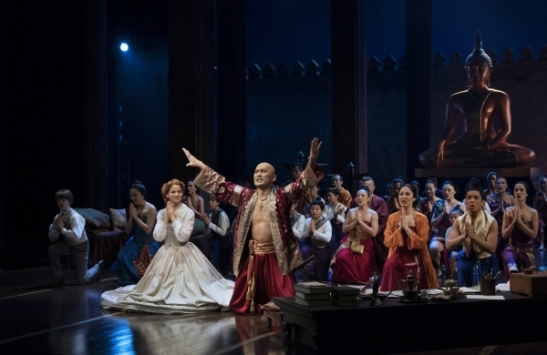 The company of THE KING AND I. Photo by Paul Kolnik

The King and I has performances Tuesday through Saturday evenings at 7pm, with matinees Wednesday and Saturday at 2pm and Sunday at 3pm. Tickets, priced from $87 to $162, are now available at the Lincoln Center Theater box office (150 West 65 Street), at telecharge.com, or by visiting KingandIBroadway.com. A limited number of tickets priced at $32 are available at every performance through LincTix, LCT’s program for 21 to 35 year olds. For information and to enroll, visit LincTix.org. 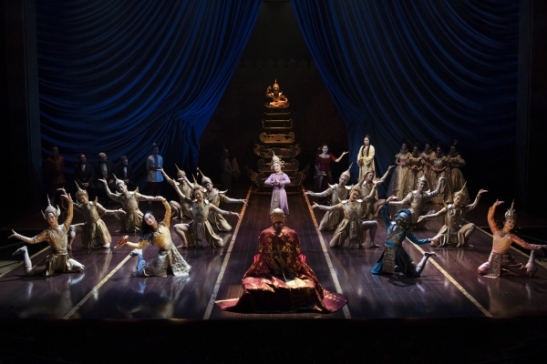 The company of THE KING AND I. Photo by Paul Kolnik