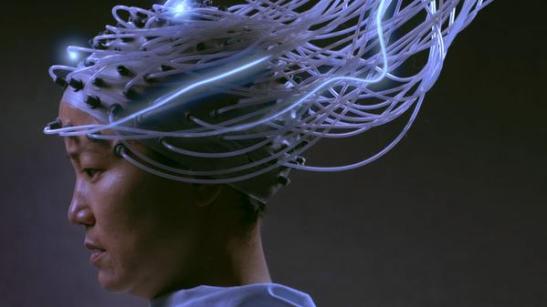 Click here to purchase tickets for the 8pm screening.

The cast and creative team of ADVANTAGEOUS at the Sundance Film Festival premiere on January 26, 2015 in Park City, Utah. Photo courtesy of Jeanne Sakata

Over the course of a nearly two-decade relationship with the Los Angeles Asian Pacific Film Festival, director Jennifer Phang (LOVE, LTD., Festival 2000; THE MATRICES, Festival 2003; TARGET AUDIENCE 9.1, Festival 2005; TO RIDE A COW, Festival 2008) has developed a dual affinity for science fiction and wry commentary as her storytelling stock-in-trade. Her latest effort, ADVANTAGEOUS (an expansive revisit of her 2003 Festival Golden Reel Award-winning short subject) largely eschews the commentary for a incisively-observed story of a career woman, played by veteran actress Jacqueline Kim, who goes to great lengths to insure a future for her only child. Originally commissioned in 2012 as part of the groundbreaking Independent Television Service series, “Future States,” ADVANTAGEOUS sparingly lays on the sci-fi while amping up the interpersonal tension and drama. The result is more French New Wave (Chris Marker’s classic LA JETEE comes to mind) than anything else, and demonstrates Phang’s increasing mastery of the sci-fi storytelling form — even more impressively than in her well-lauded HALF-LIFE (2008).

Working from a script co-penned with actress Kim, the story of ADVANTAGEOUS hews close to the original source: in a dystopian society that favors appearances over experience, Gwen (Kim), the company spokesperson for a radical technology allowing people to overcome their natural disadvantages and begin life anew, finds herself out of a job due to the inevitable march of time. With the future of her only child Jules (Samantha Kim) in crisis, Gwen ponders undergoing the procedure herself. In revisiting the story, Phang and Kim open up Gwen and Jules’ world outside of the apartment that served as the anchor for the previous short film. Now, the audience sees the human cost of Gwen’s heretofore “perfect” life. A compromised partnership with her former boss Fisher (James Urbaniak) threatens any means of her returning to work; while a past discretion with her sister’s husband (an almost unrecognizable, dramatic turn for comic actor Ken Jeong) foregrounds her estrangement from her own family. In this world, ADVANTAGEOUS riffs on the destructive contrast between soaring opulence vs. economic hardship, and the compromises that people like Gwen are willing to go through for that better situation. ADVANTAGEOUS (a Special Jury Award Winner for Collaborative Vision at the 2015 Sundance Film Festival) is sci-fi that works through sharply-drawn characterization, and may very well be the crown jewel in a banner year for Asian Pacific American cinema.

Filmmaker Bio
Jennifer Phang’s Advantageous won a Sundance 2015 Jury Prize and her award‐winning debut feature Half-Life premiered in 2008 at the Sundance and Tokyo International film festivals. It screened at SXSW and was distributed by Sundance Channel. She was invited to Sundance Institute Screenwriters Lab and was awarded a San Francisco Film Society/Kenneth Rainin Foundation FilmHouse Residency and Sundance Institute Feature Film Grant. The Berkeley-born daughter of a Chinese-Malaysian father and Vietnamese mother, Phang graduated from the MFA directing program at the American Film Institute.

Visual Communications (VC), the nation’s premier Asian Pacific American media arts center, is presenting the  announced its the  31st edition of the Los Angeles Asian Pacific Film Festival (LAAPFF) running April 23-30, 2015. This annual film celebration will be presented across Los Angeles from Little Tokyo to the Arts District in Downtown Los Angeles to Koreatown and to West Hollywood featuring 134 films from over 20 countries.

VC proudly celebrates 31 years as Southern California’s largest and most prestigious film festival of its kind.  The LAAPFF launches the pre-celebration of Asian Pacific Heritage Month through this year’s slate of over 130 films from both Asian Pacific American and Asian international directors from over 20 countries.  For over three decades, the Festival has presented more than 3,700 films and shorts by Asian American and Asian international artists.  This year, a total of 134 films comprised of 32 feature films and 102 shorts will be showcased throughout the eight-day fest.