A story of hope and idealism rises from the darkness and despair of a prison cell in Man of La Mancha, carried aloft by some of the most familiar and moving songs of the American theatre. As Miguel de Cervantes presents his tale of knight errant Don Quixote, his journey comes alive in a play-within-the-play, featuring loyal friends, troubled maidens, giant monsters and brave knights. Don Quixote’s quest — filled with humor and poignancy in equal measure — dares everyone to dream “The Impossible Dream.”

A preeminent literary work since its 17th century introduction, The Ingenious Gentleman Don Quixote of La Mancha and its central character of Don Quixote have inspired playwrights, illustrators, novelists, choreographers, sociologists, and fine artists. Cervantes’ quixotic knight has become a cultural nexus for dreamers around the world, including Ralph and Barbara Alterowitz of Potomac, Maryland. Their international travels led to a collection of antique editions, multi-lingual translations, and artists’ variations of the novel and works influenced by its central figure. The Shakespeare Theatre Company is proud to display select items from the Alterowitz’s collection throughout the run of Man of La Mancha, on display on the Orchestra Terrace and in the gift shop.

Anthony Warlow is one of the leading stage actors in Australia, with an extensive body of work that includes originating roles in Australian productions of Les Miserables, The Phantom of the Opera, The Secret Garden, Doctor Zhivago and Jekyll & Hyde, as well as revivals of My Fair Lady, Guys & Dolls and Man of La Mancha. In 1988, he garnered international recognition as the preeminent performer of Enjolras in Les Miserables, and performed the role on the Complete Symphonic Recording. Warlow first portrayed the lead in The Phantom of the Opera in the original Australian production, and returned to the role for Melbourne’s 2007 revival and a two-year tour of Australia and New Zealand. He also appeared as a guest at the 25th Anniversary production of The Phantom of the Opera at the Royal Albert Hall in London. His extensive opera credits include The Magic Flute, La Boheme, Tosca, Otello, Tales of Hoffman, La Fanciulla del West and Don Giovanni, as well as significant Gilbert and Sullivan roles with Opera Australia including The Mikado, The Pirates of Penzance and H.M.S. Pinafore. He has recorded numerous solo albums, and in 2012 he made his Broadway debut as Oliver “Daddy” Warbucks in James Lapine’s revival of Annie.

Amber Iman makes her Shakespeare Theatre Company debut in the role of Aldonza. A graduate of Howard University, she has appeared as Nina Simone in the Broadway debut of Soul Doctor and Off-Broadway in Rent and A Civil War Christmas. She has appeared locally in Stick Fly at Arena Stage, as well as at Huntington Theatre Company, Alliance Theatre, and True Colors Theatre Company. 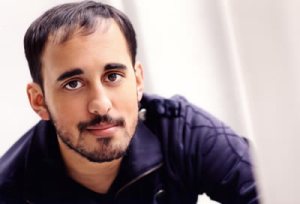 Nehal Joshi, who plays Sancho, appeared in STC’s Bard’s Broadway concert staging of The Boys from Syracuse, and is recognizable to D.C. audiences for his roles inOklahoma! and Mother Courage and Her Children at Arena Stage. He recently appeared as Jean Valjean in the Dallas Theater Center’s reimagining of Les Miserables, and has performed in multiple Broadway productions. 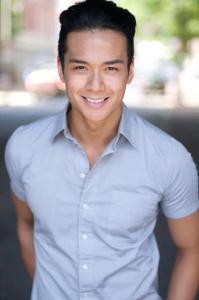 Alan Paul (Director) won the 2014 Helen Hayes Award for Best Resident Director of a Musical for STC’s A Funny Thing Happened on the Way to the Forum. His work spans theatre and opera, and he was a 2013 finalist for the European Opera Directing Prize in Vienna, Austria.

Man of La Mancha is sponsored by Michael R. Klein and Joan I. Fabry and the Artistic Leadership Fund, with additional support from John and Meg Hauge.

ABOUT THE SHAKESPEARE THEATRE COMPANY

Under the leadership of Artistic Director Michael Kahn and Managing Director Chris Jennings, STC’s innovative approach to Shakespeare and other classic playwrights has earned it the reputation as the nation’s premier classical theatre company. By focusing on works with profound themes, complex characters and poetic language written by Shakespeare, his contemporaries and the playwrights he influenced, the Company’s artistic mission is unique among theatre companies: to present theatre of scope and size in an imaginative, skillful and accessible American style that honors the playwrights’ language and intentions while viewing their work through a 21st-century lens.

A leader in arts education, STC has a stable of initiatives that teach and excite learners of all ages, from school programs and acting classes to discussion series as well as accessible programs like the annual Free For All, one of STC’s most beloved annual traditions, allowing audiences to experience Shakespeare at no charge.

Located in our nation’s capital, STC performs in two theatres, the Lansburgh Theatre and Sidney Harman Hall in downtown Washington, D.C., creating a dynamic, cultural hub of activity that showcases STC as well as outstanding local performing arts groups and nationally renowned organizations. STC moved into the 451-seat Lansburgh Theatre in March 1992, after six years in residency in the Folger Library’s Elizabethan theatre. At that time the Penn Quarter neighborhood was not considered desirable by many; since then, STC has helped drive its revitalization. The 774-seat Sidney Harman Hall opened in October 2007.

YOUNG PROSE: Every Tuesday at 12 p.m., STC releases an allotment of $20 tickets to patrons ages 35 and younger. $20 tickets are limited to performances through the following Sunday and are available in person at the Box Office and via phone at 202.547.1122. Advance tickets are available for $25. There is a limit of four tickets per person. ID is always required to pick up Young Prose tickets.

PARKING: The LAZ garage is located directly beneath Sidney Harman Hall; enter from E or F Streets between 6th and 7th Streets. E Street is the recommended entry because of events at the Verizon Center. When entering, follow signs directing you to 620 F Street. Elevators will take you to the Winter Garden lobby next door to Sidney Harman Hall on F Street.

METRO: Gallery Pl-Chinatown station on the Red/Green/Yellow lines: Use the Arena/7th Street exit. Sidney Harman Hall is visible one block to your left. Judiciary Square station on the Red line: use the F Street exit to the National Building Museum, turn left and walk 1.5 blocks along F Street to 6th Street.