Unwanted from the moment she’s born, Sunny (Jennifer Lim) is determined to escape her life in rural China and forge a new identity in the city. As naïve as she is ambitious, Sunny views her new job in a grueling factory as a stepping stone to untold opportunities. When fate casts her as a company spokeswoman at a sham PR event, Sunny’s bright outlook starts to unravel in a series of harrowing and darkly comic events, as she begins to question a system enriching itself by destroying its own people.

Critically acclaimed in a workshop production at London’s National Theatre, The World of Extreme Happiness makes its world premiere in a co-production with Chicago’s Goodman Theatre. “Hard-hitting and bruisingly funny” (Time Out London), this epic new drama by Frances Ya-Chu Cowhig is as fierce and unflinching as the world it examines.

“An odyssey through contemporary China.”
—The New York Times
“EYE-OPENING. How fortunate we are to live in a country where plays like this can exist.”
—NY1
“A UNIFORMLY STRONG CAST.”
—NY1
“FASCINATING and PROVOCATIVE.”
—TheaterMania
“A FASCINATING LOOK INTO MODERN CHINA.”
—TheaterMania
“PUNGENT and PASSIONATELY WELL-ACTED.”
—The Record
“CHILLING & UNYIELDING, WITH GREAT REALISM. COWHIG captures at once the allure of freedom and its unattainability.”
—Talkin’ Broadway
“Intelligent & Powerful.”
—Variety
“A Sophisticated & Smart Story.”
—The Chicago Tribune

Under the leadership of Artistic Director Lynne Meadow and Executive Producer Barry Grove, MTC has become one of the country’s most prominent and prestigious theatre companies. Over the past four and a half decades, MTC productions have earned numerous awards including six Pulitzer Prizes and 19 Tony Awards. MTC has a Broadway home at the Samuel J. Friedman Theatre (261 West 47th Street) and two Off-Broadway theatres at New York City Center (131 West 55th Street). Renowned MTC productions include Casa Valentina; Outside Mullingar; The Assembled Parties; Venus in Fur; Master Class; Good People; The Whipping Man; Time Stands Still; The Royal Family; Ruined; Come Back, Little Sheba; Blackbird; Shining City; Rabbit Hole; Doubt; Proof; The Tale of the Allergist’s Wife; Love! Valour! Compassion!; A Small Family Business; Sylvia; Putting It Together; Frankie and Johnny in the Clair de Lune; Crimes of the Heart; and Ain’t Misbehavin.’ For more information on MTC, please visit www.ManhattanTheatreClub.com.

Tickets for The World of Extreme Happiness are available by calling CityTix at 212-581-1212, online by visiting www.nycitycenter.org, or by visiting New York City Center box office (131 West 55th Street). All tickets are $85. 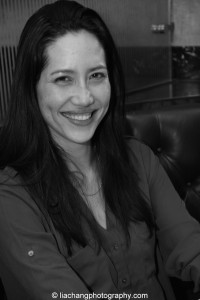 FRANCES YA-CHU COWHIG (Playwright). Cowhig’s plays have been produced at the National Theatre, Trafalgar Studios 2, and the Goodman Theatre. Her plays have been awarded the Wasserstein Prize, the Yale Drama Series Award, and the Keene Prize for Literature. She is currently under commission from Manhattan Theatre Club, the Goodman Theatre, and the National Theatre. Cowhig received an MFA in Writing from the Michener Center for Writers, a BA from Brown University, and a certificate in Ensemble-Based Physical Theatre from Dell’Arte International. Her plays have been published by Yale University Press and Methuen Drama. She is a finalist for the 2014-2015 Susan Smith Blackburn Prize and is currently a Tow Foundation Playwright-in-Residence at Manhattan Theatre Club.
Frances Ya-Chu Cowhig’s THE WORLD OF EXTREME HAPPINESS Named Among 12 Finalists for the 2014-2015 Susan Smith Blackburn Prize