Lillias White sings “Home,” at the BC/EFA’s Gypsy of the Year at The New Amsterdam Theatre in New York on December 9, 2014. Photo by Lia Chang

Tony Award-winning actress and singer Lillias White (The Life, Fela!), currently starring Off-Broadway at The York Theatre Company in Texas in Paris, and jazz headliner Carol Fredette are among the eleven performers to be honored at the 30th Annual Bistro Awards gala, which recognizes outstanding achievement in New York cabaret, jazz, and comedy. The celebration will take place on Wednesday, March 4, at 6:30pm at Gotham Comedy Club, 208 W. 23rd Street.

Lillias White, who has won Tony, Drama League, Outer Critics Circle, Drama Desk, Obie, and AUDELCO awards for her theatre performances, and an Emmy for her work in television, is being recognized with an Outstanding Major Engagement Bistro Award for her exciting shows at 54 Below. Carol Fredette started working in the New York jazz scene while still a teenager, and has since headlined every major jazz club in the city in addition to performing at prestigious venues around the country and internationally; she is receiving a Bistro for Ongoing Jazz Artistry. 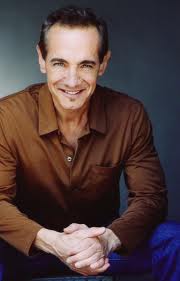 Hosting this year’s 30th anniversary show is Jason Graae, whose varied career spans Broadway, Off Broadway, opera, television, and film. He is a four-time Bistro Award recipient for his various one-man shows, which have toured all over the country, and for his original special musical material.

As is the Bistro Awards’ tradition, the evening will feature performances from the Bistro winners.

Congrats to all of the honorees listed below:

A special tribute to celebrate the Bistro Awards’ 30th anniversary will include a lineup of previous Bistro Award recipients as both presenters and performers. Actress-singer Sally Mayes is writing special musical material for the event. For the third year in a row, Shellen Lubin will serve as the show’s director.

The gala event will be held on Wednesday, March 4 at Gotham Comedy Club, 208 West 23rd Street. A Champagne reception for Bistro recipients and Premium Ticket holders begins at 5pm, followed by the awards presentation and show starting at 6:30pm. Producer Sherry Eaker will host the annual event, along with the other members of the Bistro Awards Committee: Kevin Scott Hall (Edge Media Network, BistroAwards.com), Roy Sander (BistroAwards.com, chairman of the Advisory Board of MAC), Robert Windeler (BistroAwards.com), and Mark Dundas Wood (BistroAwards.com, StageBuddy.com). Ms. Eaker, who heads the Bistro Committee, is the former longtime Editor-in-Chief of Back Stage and the producer of the event since its inception. Roy Sander and Wendy Lane Bailey are associate producers.

The Bistro Awards are sponsored by ASCAP, with in-kind support from Branson B. Champagne. Premium Tickets are $135, which includes the pre-show Champagne reception, priority seating, and the ticket-buyers’ names listed in the program; General Admission tickets are $80. Ticket-buyers in both categories are invited to the “After Bistros” supper party as guests of the Bistros. Show-only tickets are available at $70. A two-drink minimum applies to all ticket categories. For details about the various categories and early purchase prices, visit www.BistroAwards.com. For additional information, call 917-239-5467.

The BISTRO AWARD was established by Bob Harrington in 1985 in his “Bistro Bits” column in the trade weekly Back Stage, then under the editorship of Sherry Eaker. For the first few years, the awards were merely listed in Harrington’s column as notable performances he had seen during the calendar year. The first formal presentation of the awards was held in 1990 at Eighty Eight’s, a popular cabaret venue in the West Village. From there, the show moved on to The Ballroom in Chelsea, and then relocated to the Supper Club in the Broadway District, where it remained for many years. This year marks the ninth year at Gotham Comedy Club.

The guidelines that Harrington set up for himself to determine the first winners have become the basic philosophy behind the Bistro Awards, which recognize achievement in a wide variety of categories — from outstanding performances to outstanding contributions by members of the cabaret community. The object is not to choose the “best” of anything of the year, but to recognize and congratulate the accomplishments of those who have done something special. Accordingly, categories can easily be created from year to year as they best fit the year’s distinguished work.