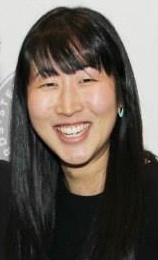 Artistic Director Steve Cosson said, “As our investigative theater explorations continue to expand across new mediums, this is an ideal time for Jane to bring her talents and perspective to the company. I believe that her commitment to our company’s mission and background make her ideally suited for this role.” Fran Kumin, legendary casting director and now a strategic consultant to the arts served as the Executive Search Consultant and formed an apt match between The Civilians and Jung.

“I’m thrilled to be joining The Civilians at such an exciting juncture,” Jung states. “The company is a leader in creating innovative productions through their methods of creative inquiry, using theater to investigate many of the most signi”cant and complex questions facing current society. The work both challenges and entertains, and I look forward to working with this dynamic, vibrant, and inspiring group of artists.”

Jung also held positions as Managing Director of Second Generation Productions (2g) and Producer for Little Lord. As a New York city-based producer, she has developed and produced new work at several venues including The New Ohio Theatre, City Center Stage II, The Bushwick Starr, La Mama, and The Public Theater’s Under the Radar Festival. She is a graduate of Mount Holyoke College and the Yale School of Drama.

About The Civilians
Led by Artistic Director Steve Cosson, The Civilians creates new theater from creative investigations into the most vital questions of the present. Last season saw two highly successful Civilians shows in New York: Mr. Burns: A Post-Electric Play at Playwrights Horizons, which was included in eight Top 10 of 2013 Lists, as well as The Great Immensity at The Public Theatre. This season, the company is the Artist-in- Residence of Met Museum Presents at The Metropolitan Museum of Art. Since its founding in 2001, the Obie award-winning company has been produced at numerous theaters in New York, including BAM Next Wave, Vineyard Theatre, Barrow Street Theater, Playwrights Horizons and The Public; nationally at Center Theatre Group, the TED Conference, HBO’s US Comedy Festival, A.R.T., Actors Theatre of Louisville and more; and Internationally at London’s Gate Theatre and Soho Theatre. The Civilians’ popular podcast Let Me Ascertain You is available through www.thecivilians.org and iTunes.