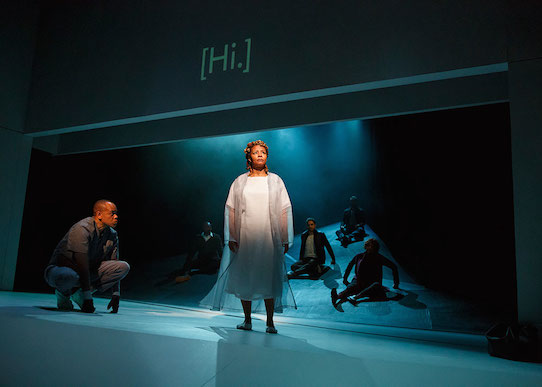 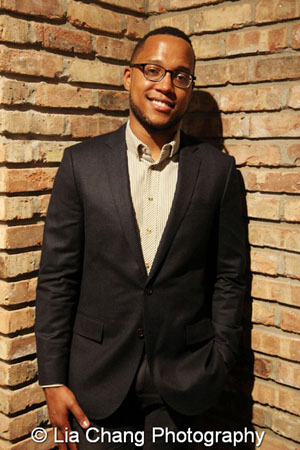 War was commissioned by Yale Repertory Theatre. Development and production support are provided by Yale’s Binger Center for New Theatre and the Andrew W. Mellon Foundation.

Tensions escalate between Tate and Joanne at their mother’s hospital bedside. As they attack each other’s smallest words and biggest choices, they are ambushed by two strangers who make a shocking claim about their grandfather’s WWII tour of duty. War is a wildly provocative, bracingly funny, and all-too- human portrait of a family navigating the landmines of the past as they try to broker peace with each other-and themselves-in the present. 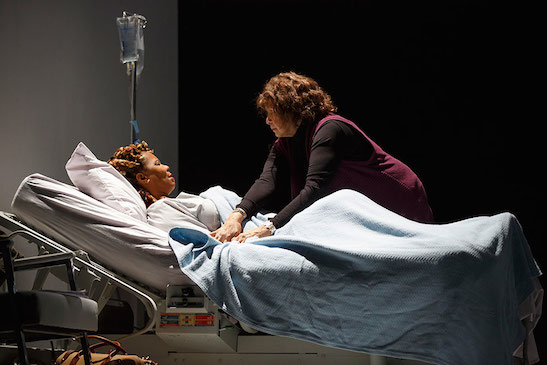 Acclaimed playwright Branden Jacobs-Jenkins makes his Yale Rep debut with the world premiere of War. His recent plays An Octoroon and Appropriate were honored together with the 2014 OBIE Award for Best New American Play. Lileana Blain-Cruz recently directed Christina Anderson’s Hollow Roots for The Public Theater’s Under the Radar Festival. 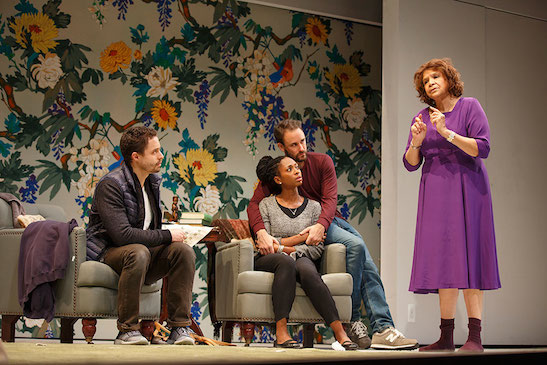 ABOUT THE CAST:
TREZANA BEVERLEY (ELFRIEDE) Ms. Beverley is the winner of the distinguished Tony Award for her performance in for colored girls who have considered suicide/when the rainbow is enuf. She has also performed extensively in regional theatre and on film. Noted highlights include Mother Courage and Her Children, Raisin in the Sun (Center Stage); The Bacchae (Guthrie Theater); Peer Gynt (Shakespeare Theatre Company); The Nacirema Society (Alliance Theatre); Flyin’ West (Crossroads Theatre Company); the title role in King Lear and Medea (Take Wing and Soar Productions). Her film credits include Resurrection, Beloved with Oprah Winfrey, Carolina Skeletons, and Sister Margaret and the Saturday Night Ladies. Trezana is also a director and currently is a directing faculty guest at The Juilliard School. Her production company is The Trezana Projects. trezanabeverley.com

DONTE BONNER (TATE) This is Donte Bonner’s debut at Yale Rep. He studied at the University of Central Florida. His stage credits include Romeo and Juliet on Broadway and the east coast premiere of The Elaborate Entrance of Chad Deity. Film and television credits include Sydney White and the upcoming HBO miniseries “Crime”.

TYRONE MITCHELL HENDERSON (NURSE/ALPHA) previously appeared at Yale Rep in The America Play, The Piano Lesson, and The Winter’s Tale. New York credits include The Piano Lesson; Bring in ‘Da Noise, Bring in ‘Da Funk (national tour), The Tempest with Patrick Stewart, Two Noble Kinsmen, The Public Sings, King Lear, and Letters to the End of the World. Regional credits include The Intelligent Homosexual’s Guide to Capitalism and Socialism with a Key to the Scriptures, Angels in America, The Trip to Bountiful, An Enemy of the People, Tartuffe, Radio Golf, The 39 Steps, Romeo and Juliet, Julius Caesar, Antony and Cleopatra with Suzanne Bertish, Much Ado About Nothing, The Merchant of Venice, Othello, Hamlet, Topdog/Underdog, Intimate Apparel, Yellowman, Jitney, All My Sons, The Crucible, and Blues for an Alabama Sky with Phylicia Rashad. Film and television: Ride for Your Life, The Treatment, “Unforgettable,” “The Following,” “Boardwalk Empire,” “Suits” (pilot), and five episodes of the “Law & Order” franchise. Honors: AUDELCO, Kevin Kline nominations; Dallas Theatre Critics, Connecticut Critics Circle, and Leon Rabin Awards. tyronemitchellhenderson.com 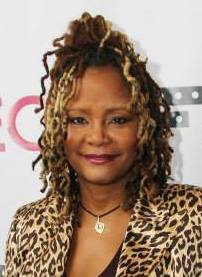 TONYA PINKINS (ROBERTA) is making her Yale Rep debut. Her Broadway credits include Jelly’s Last Jam (Tony, Drama Desk, Outer Critics Circle, Clarence Derwent Awards); Caroline, or Change (OBIE, Lortel, Garland, L.A. Drama Critics, NAACP, AUDELCO Awards; Tony, Drama Desk, Dramaleague, What’s On Stage, Olivier nominations); Play On (Tony nomination); Holler If Ya Hear Me, A Time to Kill, Radio Golf, The Wild Party, Chronicle of a Death Foretold, and Merrily We Roll Along. Time Out New York named Tonya “One of the Top 25 All-Time Broadway Divas.” She has been nominated for the Joseph Jefferson, Noel and Helen Hayes Awards for her work in regional theatres. Tonya spent 20 years in daytime television on As the World Turns and All My Children. Her other film and television appearances include Enchanted, Fading Gigolo, “24,” “Army Wives,” “The Closer,” “Law & Order,” “Cold Case,” and this season’s “Nurse Jackie”. She has released two CDs: Live at Joe’s Pub and Live at Joe’s Pub Too. She is the author of Get Over Yourself!: How to Drop the Drama and Claim the Life You Deserve (Hyperion).