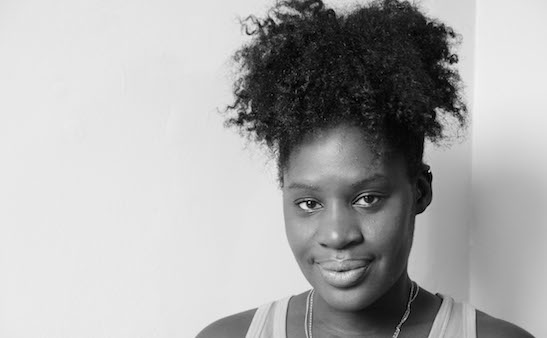 Camille Darby was born in Jamaica, West Indies, but migrated to New York City with her family at 6 years old. Her constant attempts at adjusting to American culture—she soon discovered—were best manifested through her writing. It was her first play Mother, May I? written as a high school student during the Theatre Development Fund’s Residency Arts Program that drew the attention of acclaimed playwright, Wendy Wasserstein. With Wasserstein as her mentor, the budding playwright continued to study theatre, literature and film at Sarah Lawrence College where she received her B.A. in 2005. 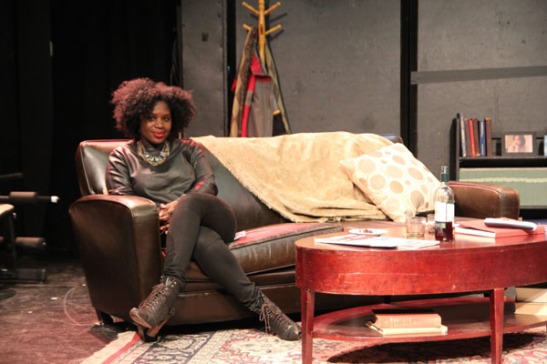 Camille Darby in her Brooklyn apartment. Photo by Lia Chang

Darby is the recipient of the Bronx Recognizes Its Own (BRIO, 2008) playwriting prize from the Bronx Council on the Arts for her full-length play Lords Resistance. The play was part of the 2012 Fire This Time Festival reading series, and was presented at the 2013 National Black Theatre Festival in Winston-Salem, North Carolina. Darby is a 2011 finalist for the Van Lier Fellowship program at The Lark Play Development Center, and a 2012 Women’s Project Lab finalist. She holds an M.F.A (2007) in Dramatic Writing from New York University’s, Tisch School of the Arts.

I had lunch with Ms. Darby in her Brooklyn neighborhood to talk about Lords Resistance, her current projects, and her path to becoming a playwright.
Click below for Camille’s full interview.

Lia: What inspired you to write Lords Resistance?
Camille: So I was watching Oprah Winfrey, and she had three young adults, college students who had come on to the show to talk about their experience having visited Uganda. They just brought their video camera for a summer trip to explore. And in their exploration, came across these young boys and girls who had escaped their villages in the middle of the night to prevent being abducted to be part of a vicious army.

Later on in the show, they had a family who had adopted one of these children who was a former child soldier, she was both a victim and a perpetrator of the war. And being on stage, face partly disfigured, clearly nervous, a little bit terrified, all the lights and the audience in front of her. Listening to her tell her story, I was intrigued by that, and so I decided I would do a lot more research as to what was going on in Uganda, and there Lords Resistance was born.

My play is about a well-to-do black family. They’re from Chicago.  They decide to adopt a former child soldier who happens to be a boy. He’s 17 years old when they adopt him, so he’s almost a man. But those are always the kids that are left behind. No one wants teenagers. Everyone wants babies. This family thought they should go with that was appropriate for their lifestyle. And they did that. And when he arrives, all sorts of bombs go off. 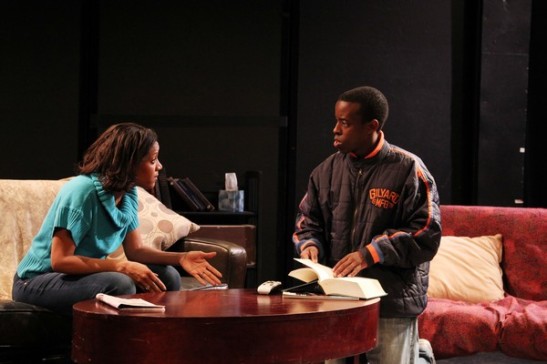 Well, Okello’s arrival (Okello is the child soldier), his arrival alone causes a lot of things to be unearthed between the marriage between Pauline and Harvey. And things that had already existed, but had not been brought up to the surface. We clearly see in the very beginning of the play the dysfunction between Pauline and Harvey. Once Okello arrives, that only gets worse. Without giving too much about the play, I would just say that he experienced one war in Uganda and come home to Chicago and experiences another war.

The thing that is more important to me is being able to show and share there are different types of stories within our community. This is a family who in their eyes have achieved the American Dream. They have gone to school. They have amazing jobs. They’re successful. They have a certain level of wealth that has afforded them to type of lifestyle they have, and they just happen to be Black.

Lia: What do you hope audiences will take away after seeing Lords Resistance?
Camille: I think that a lot of times, whether it is on stage, or in film or in television, were sort of use of seeing families, characters who are Black portrayed in one particular way, or a couple different ways. I just want to add some balance to what we see, and I think that this family, outside of whatever it is they have accomplished, they’re also very complex people. I think it’s important to share those complexities, because there is a lot to discuss and I would hope an audience would leave the theater after seeing this play with some things to think about or some things to talk about. I think that for me is one of my biggest goals in writing, is to be able to share something that people can then can have discourse about.

Lia: What projects are you working on now?
Camille: The first is a play that deals with unconditional love. The story is born out of me catching my grandmother talking to herself. Or I thought she was talking to herself. It turns out she was actually talking to her husband who had been deceased for 35 years. The way in which she continues to love this man is astounding to me. Especially as how unconditional love plays a role today, just between men and women. Some of things that I have experienced, the things that my friends have experienced, preservation now. I wonder if we’ll ever get to a place where we’re looking to give, and not just to get, as my grandmother has done with her husband. It’s a little eerie the way in which she speaks about him. But I think it’s really dope. It’s awesome.

Secondly, I always though it was interesting- what is it like when you’re leaving your family at whatever hour of the day or morning or whatever, to go take care of someone else’s, because this is your livelihood. You need this money to take care of your own family, but the time may not necessarily be there because it is not being shared with another family. What is that like? What does that do to the other family. I’ve sort of had that some of those experiences in my own family. And I’ve seen the abandonment that has taken place, and I’ve seen how people come out if that, or maybe not come out of that. I don’t know, I ‘m still working on a few things with that story. That’s pretty much the foundation of it.

Camille Darby in her Brooklyn apartment. Photo by Lia Chang

Lia: How did you decide to become a playwright?
Camille: I’ve always been interested in stories, whether I was reading them, watching them on television, or actually telling them myself. I love the English language. I love dialogue. I love talking, or listening to people talk. I think I have a pretty good ear for it. I think that’s sort of where it started. 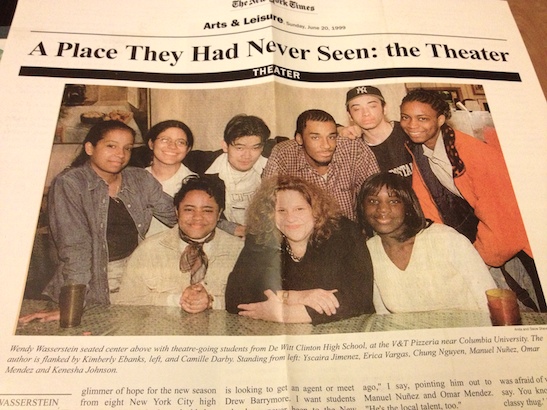 Becoming a playwright though, was something I didn’t decide until I graduated with an actual MFA. I have this thing now, so I guess I should actually start calling myself a playwright. I’m paying for this. I’m still paying for this degree, so maybe I should assume the title. I love the arts. I love theater. I love dialogue. I love stories. I think the best way for me to immerse myself in that world was through theater, was through plays.

Lia Chang is an actor, a performance and fine art botanical photographer, and an award-winning multi-platform journalist. Lia made her jazz vocalist debut in Rome Neal’s Banana Puddin’ Jazz “LADY” at the Nuyorican Poets Cafe in New York.