THE OLDEST BOY tells the story of Tenzin, the toddler son of an American woman (Celia Keenan-Bolger) and a Tibetan man (James Yaegashi) who is recognized as the reincarnation of a high Buddhist teacher. Differing cultures contend with competing ideas of faith and love when two monks seek permission to take Tenzin to a monastery in India to begin his training as a spiritual master. His parents must decide whether to send their young son away or keep him home.

THE OLDEST BOY will have sets by Mimi Lien, costumes by Anita Yavich, lighting by Japhy Weideman, sound by Darron L West, choreography by Barney O’Hanlon, and puppetry design/direction by Matt Acheson.

REBECCA TAICHMAN directed the LCT3 production of Kirsten Greenidge’s The Luck of the Irish. She directed the world premiere of Sarah Ruhl’s Dead Man’s Cell Phone and productions of her plays The Clean House, Orlando and, most recently at Playwrights Horizons, Stage Kiss. Her other Off-Broadway credits include Marie Antoinette, Milk Like Sugar, The Scene, and Menopausal Gentleman (Special Citation Obie Award/world premiere). She directed the operas Dark Sisters, music by Nico Muhly, libretto by Stephen Karam (world premiere) and Orpheus by Telemann at New York City Opera.

Tickets to THE OLDEST BOY, priced at $77 and $87, can be purchased at the Lincoln Center Theater box office (150 West 65 Street) and at telecharge.com, or by visiting www.lct.org. A limited number of tickets priced at $32 are available at every performance through LincTix, LCT’s program for 21 to 35 year olds. For information and to enroll, visit LincTix.org. 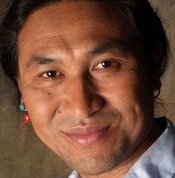