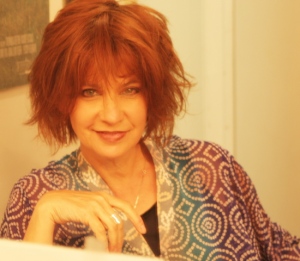 “A couple seasons ago Annie Keefe directed a Script-in-Hand reading of this beautiful final play of Coward’s, and we were all taken with its wit as well as its bittersweet and wise look at a life lived as a lie,” said Lamos. “The audience loved it, as well, and so we decided to open our 2014 season with a complete revival. Co-produced with Hartford Stage, where it began life last winter, the play features stunning performances by Broadway veterans Brian Murray, Gordana Rashovich, and Mia Dillon. The show was a success in Hartford, and it’s a treat for us that we will be able to revisit and refine it once again for our Playhouse season premiere. It’s a powerful and surprisingly moving work from the 20th century’s master of comedy, written at the end of his long and dazzling career.” 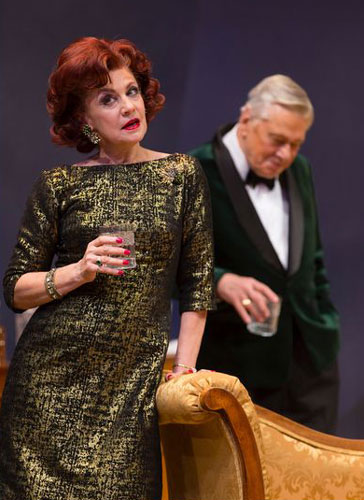 A Song at Twilight is an exquisite battle of wits, exploring the nature of passion, the cruelty of love, and the price of hidden secrets. In his long career, Sir Hugo Latymer (played by Brian Murray) has achieved more than most writers even dream of—money, fame, and a reputation beyond reproach. But his carefully constructed ivory tower is imperiled when a long-ago love (Gordana Rashovich in the role of Carlotta Gray) threatens to shed a very public light into the most scandalous corner of his private past, a revelation that could bring it all tumbling down.

The play is appropriate for ages 16 and up. Running time is approximately 90 minutes.

Director Mark Lamos has directed many plays at Westport Country Playhouse since 2008, winning the 2013 Connecticut Critics Circle Award for his direction of The Dining Room last season. His extensive New York credits include Our Country’s Good, for which he received a Tony Award nomination. A former artistic director at Hartford Stage, he received the 1989 Tony Award for the theater’s body of work. He was awarded the Connecticut Medal for the Arts as well as honorary doctorates from Connecticut College, University of Hartford, and Trinity College. 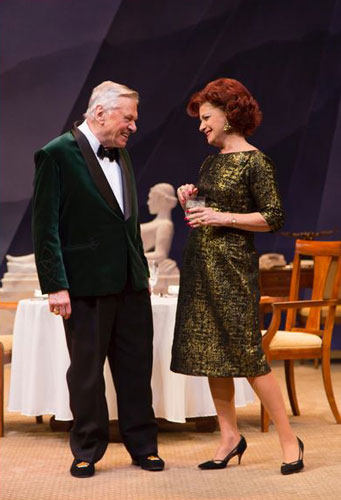 Gordana Rashovich’s Broadway credits include Conversations with My Father, Cymbeline and Old Acquaintances. One of her most acclaimed performances was in Hartford Stage’s production of A Shayna Maidel, which transferred to rave reviews Off-Broadway in New York. She won the Obie and Theatre World awards for the role. On television, she played Jadwiga on the “Whoopi” series.

Actor, director and 2004 American Theatre Hall of Fame inductee Brian Murray’s many Broadway credits include three Tony Award-nominated performances: Rosencrantz and Guildenstern Are Dead in 1968, The Little Foxes in 1997, and The Crucible in 2002. He appeared at Westport Country Playhouse in The House of Blue Leaves and a Script in Hand play reading of Angel Street.

Mia Dillon, nominated for the 1982 Tony Award for Best Featured Actress in a Play for Crimes of the Heart, also appeared on Broadway in Da, Hay Fever, The Miser, Our Town, and Agnes of God. At Westport Country Playhouse, she appeared in Once a Catholic, Return Engagements, Speed- the-Plow, Angel Street, Our Town; and Script in Hand playreadings of A Song at Twilight, Angel Street, Morning’s at Seven.

Nicholas Carrière most recently toured nationally in The Lion King. He was also in the American Premiere of Zorro and the World Premiere of Abigail/1702.

A Song at Twilight performance schedule is Tuesday at 8 p.m., Wednesday at 2 and 8 p.m., Thursday and Friday at 8 p.m., Saturday at 3 and 8 p.m. and Sunday at 3 p.m. Special series feature Taste of Tuesday, Previews, LGBT Night OUT, Opening Night, Sunday Symposium, Open Captions, Thursday TalkBack, Together at the Table Family Dinner, Playhouse Young Professionals, and Backstage Pass.

About Westport Country Playhouse
Westport Country Playhouse, named Theater Company of the Year by The Wall Street Journal, is a nationally recognized, not-for-profit, professional theater under the artistic direction of Mark Lamos and management leadership of Michael Ross. The Playhouse creates five live theater experiences, produced at the highest level, from April through October. Its vital mix of works—dramatic, comedic, occasionally exploratory and unusual—expands the audience’s sense of what theater can be. The depth and scope of its productions display the foremost theatrical literature from the past—recent as well as distant—in addition to musicals and premieres of new plays. During the summer, the Playhouse is home to the Woodward Internship Program, renowned for the training of aspiring theater professionals. Winter at the Playhouse, from November through March, offers events outside of the main season—Family Festivities presentations and Script in Hand play readings. In addition, businesses and organizations are encouraged to rent the handsome facility for their meetings, receptions and fundraisers.

As an historic venue, Westport Country Playhouse has had many different lives leading up to the present. Originally built in 1835 as a tannery manufacturing hatters’ leathers, it became a steam- powered cider mill in 1880, later to be abandoned in the 1920s. Splendidly transformed into a theater in 1931, it initially served as a try-out house for Broadway transfers, evolving into an established stop on the New England straw hat circuit of summer stock theaters through the end of the 20th century. Following a multi-million dollar renovation completed in 2005, the Playhouse became a state-of-the-art producing theater, preserving its original charm and character.

Lia Chang is an actor, a performance and fine art botanical photographer, and an award-winning multi-platform journalist. Lia recently starred as Carole Barbara in Lorey Hayes’ Power Play at the 2013 National Black Theatre Festival in Winston-Salem, N.C., with Pauletta Pearson Washington, Roscoe Orman, Lorey Hayes, Marcus Naylor and Phynjuar, and made her jazz vocalist debut in Rome Neal’s Banana Puddin’ Jazz “LADY” at the Nuyorican Poets Cafe in New York. She is profiled in Jade Magazine. All text, graphics, articles & photographs: © 2000-2014 Lia Chang Multimedia. All rights reserved. All materials contained on this site are protected by United States copyright law and may not be reproduced, distributed, transmitted, displayed, published or broadcast without the prior written permission of Lia Chang. You may not alter or remove any trademark, copyright or other notice from copies of the content. For permission, please contact Lia at liachangpr@gmail.com