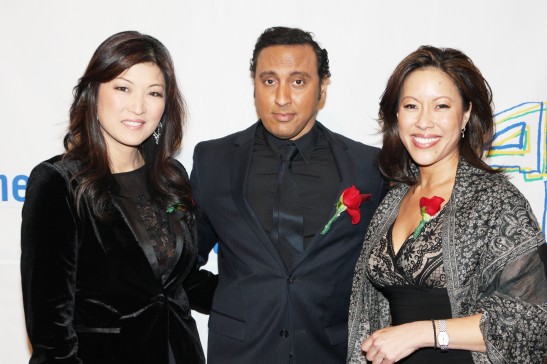 Congratulations to Juju Chang, who has been named Co-Anchor of ABC‘s “Nightline,” with Cynthia McFadden moving on to NBC News.

Chang is an Emmy Award-winning special correspondent who has been a fill-in anchor for ABC News “Nightline.” She also reports regularly for “Good Morning America” and “20/20.”

Below are excerpts of a note sent by ABC News President Ben Sherwood to the news division announcing Juju Chang’s promotion.

“I want to share some news with all of you.

Effective immediately, Juju Chang has been promoted to Co-Anchor of “Nightline.” Juju has been a vital member of the “Nightline” team for many years, and I am thrilled that she will now join the two Dans full time at the anchor desk.

A versatile correspondent and storyteller, Juju commands attention whether in her role in our award-winning coverage of Superstorm Sandy and the mass shootings in Newtown, CT, or investigating parenting and lifestyle issues. In fact, two of her recent reports made a huge impact on not only our viewers, but on me: toddlers being born and raised behind bars in a women’s prison, and babies born dependent on painkillers for our “Hidden America” series.

Juju is the perfect example of someone whose dedication and tenacity to innovative reporting has paved the way for her success. Juju has been with ABC News her entire career, starting as a desk assistant. She is also the ultimate team player, which is not surprising: outside of work, along with her husband Neal, she is raising a team of boys whose love for the New York Yankees could rival her love for ABC News!”

Chang has covered global events and issues like the earthquake in Haiti and maternal and infant mortality in Mozambique. Her “Nightline” segments on parenting and lifestyle issues include a report on the shocking epidemic of newborns de-toxing from painkillers. Her “On the Town” profiles with celebrities include Rod Stewart, Celine Dion and Carrie Underwood.

Chang’s many hour-long reports include the story of murdered 8th grader Larry King which examined the issues of anti-gay bullying and juvenile justice. She also anchored hours for “Primetime: Nightline” on “Twin-tuition”; on an “Extra-ordinary family” the Bates of Tennessee who have 18 biological kids; and on Mommywood which featured interviews with celebrity moms Denise Richards and Tori Spelling.

Chang received one of her two Emmys for team coverage of the California wildfires. She won one of her two Gracies for a “20/20” story on gender equality in the sciences. Chang’s hour-long “20/20” reports include an in-depth look at the impact on foreign adoptions gone wrong; the struggles of people with Albinism globally, including the plight of Tanzanian albinos; and an intimate portrait of one family dealing with gender transition.

Chang’s award-winning investigative reports include the case of Hannah Overton, a young Texas mother sentenced to life in prison for the salt-poisoning death of her foster son, Andrew Burd.

A former news anchor for “Good Morning America,” Chang had previously anchored the early morning newscasts “World News Now” and “World News This Morning” back in 2000.

Chang began her career at ABC News as a desk assistant and eventually became a producer at “World News Tonight.” She rose to become a correspondent covering such stories as the U.S. Embassy bombings in Kenya, Hurricane Georges, and the anniversary of the Chernobyl nuclear accident. Chang was based in Washington, DC from 1996-1997, where she covered the White House, Capitol Hill and the 1996 presidential election for NewsOne, ABC’s affiliate service. Prior to her assignment in Washington, Chang was a reporter for KGO-TV in San Francisco, from 1995-96.

Born in Seoul, South Korea and raised in California, Chang graduated with honors from Stanford University with a BA in political science and communication. At Stanford, she was awarded the Edwin Cotrell Political Science Prize.

Chang is married to Neal Shapiro and has three sons. She is a member of the Council on Foreign Relations and a founding board member of the Korean American Community Foundation. 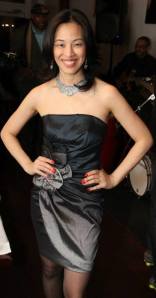 Lia Chang is an actor, a performance and fine art botanical photographer, and an award-winning multi-platform journalist. Lia recently starred as Carole Barbara in Lorey Hayes’ Power Play at the 2013 National Black Theatre Festival in Winston-Salem, N.C., with Pauletta Pearson Washington, Roscoe Orman, Lorey Hayes, Marcus Naylor and Phynjuar, and made her jazz vocalist debut in Rome Neal’s Banana Puddin’ Jazz “LADY” at the Nuyorican Poets Cafe in New York.  She is profiled in Jade Magazine.

All text, graphics, articles & photographs: © 2000-2014 Lia Chang Multimedia. All rights reserved.  All materials contained on this site are protected by United States copyright law and may not be reproduced, distributed, transmitted, displayed, published or broadcast without the prior written permission of Lia Chang. You may not alter or remove any trademark, copyright or other notice from copies of the content. For permission, please contact Lia at liachangpr@gmail.com