The co-emcees for the evening are Juju Chang, Emmy Award-winning correspondent for ABC News, and WCBS-TV’s Cindy Hsu. Charles Ogletree, Jr., Harvard Law School professor and former Justice in Action Award honoree, will be a presenter.

Over 800 leaders of the civil rights, legal, business, and arts communities are expected to attend AALDEF’s 2014 anniversary celebration. The Gala begins with a 6 p.m. cocktail reception and silent auction, followed by the Justice in Action Awards ceremony and a banquet dinner. Sponsorship tables of ten, available at $20,000, $15,000, and $10,000, include a VIP reception.

For ticket or sponsorship information, email events@aaldef.org or call 212.966.5932. 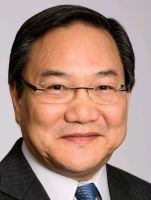 John G. Chou is Executive Vice President, General Counsel of AmerisourceBergen Corporation, and two-time past president of the Asian American Bar Association of the Delaware Valley, now the Asian Pacific American Bar Association of Pennsylvania (APABA-PA). Chou actively supports community organizations in Philadelphia including Asian Americans United. He serves on the Boards of Directors of the United Way of Greater Philadelphia and Southern New Jersey and Episcopal Community Services in Philadelphia. He has participated in numerous conferences with the National Asian Pacific American Bar Association (NAPABA). “Chou’s principles that professional success must come hand-in-hand with community responsibility make him a role model for Asian American lawyers,” said Margaret Fung, Executive Director at AALDEF. 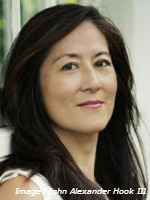 Mari J. Matsuda is a founding critical race theorist, “activist scholar,” and Professor of Law at University of Hawai’i at Manoa. Matsuda is one of the founders of critical race theory and remains among its most significant voices. In 1998, Matsuda became the first tenured female Asian American law professor in the United States at the University of California at Los Angeles. Through her prolific writing in both law journals and books, Matsuda has had a lasting influence regarding how Asian Americans have fared within the legal system. She continues to work as a volunteer attorney in civil rights cases and serves as a board member in public interest organizations. “Professor Matsuda exemplifies the power of legal scholarship and activist energy that is at the heart of AALDEF’s mission,” said Fung.

Aasif Mandvi is an Indian American actor, comedian, and regular correspondent on the groundbreaking political satirical television show The Daily Show. Mandvi is among the most significant Asian American comedians today. In 2008, he won an Obie Award for his critically acclaimed one-man show Sakina’s Restaurant. More recently, he co-wrote and starred in the movie Today’s Special and the Pulitzer Prize-winning play Disgraced. Through his hugely influential platform as a political comedian on The Daily Show, Mandvi has highlighted racial injustice and intolerance in post-9/11 America and has been outspoken about the stereotypes facing actors of color. “We honor Aasif Manvi’s ingenious ability to share hard truths on racial intolerance with a mainstream audience,” said Fung.

The Justice in Action Awards
Since 1974, AALDEF has been protecting and promoting the civil rights of Asian Americans across the nation through litigation, advocacy, organizing, and community education. All proceeds from the 40th anniversary celebration will go directly towards supporting AALDEF’s legal and educational programs in immigrant rights, economic justice for workers, voting rights and civic participation, language access to services, educational equity, housing and environmental justice, and the elimination of hate violence, police misconduct, and human trafficking.