Spend an evening with Book of Mormon Tony winner Nikki M. James on Monday, October 21, 2013, at Joe’s Pub, 425 Lafayette St in New York, where she will perform a mix of Broadway favorites, contemporary pop and a few surprises, and share personal stories in an intimate cabaret setting. Showtime is at 9:30pm, with a $20 cover charge. For reservations, click here.

Nikki M. James is currently starring in the Broadway hit musical, The Book of Mormon, in the role of Nabalungi, which she originated and won the Tony for Best Featured Actress in a Musical. James most recently performed a one woman cabaret show to a sold out audience at 54 Below in New York City. She just wrapped filming the movie, Lucky Stiff alongside Jason Alexander and will also appear in the film The Disappearance of Eleanor Rigby starring James McAvoy and Jessica Chastain. No stranger to Broadway, she has starred in the productions of All Shook Up and The Adventures of Tom Sawyer. Other theatre productions include Romeo and Juliet, Caesar and Cleopatra alongside Christopher Plummer, The Wiz, Bernarda Alba, House of Flowers and Walmartopia. James’ theatre workshops include Lizzie in Baby (Papermill/NJPAC) and Beehive. James has appeared in a variety of TV shows such as “30 Rock,” “Law & Order: Criminal Intent,” “Third Watch” and “The Jury.” She resides in New York City and holds a BFA in Drama from NYU. James can be seen Off-Broadway through October 13 as Sonji Clay, in NYTW’s production of Will Power’s critically-acclaimed play, Fetch Clay, Make Man, directed by Des McAnuff, alongside Ray Fisher, John Earl Jelks, Richard Masur, K. Todd Freeman, Jeremy Tardy and Anthony Gaskins. 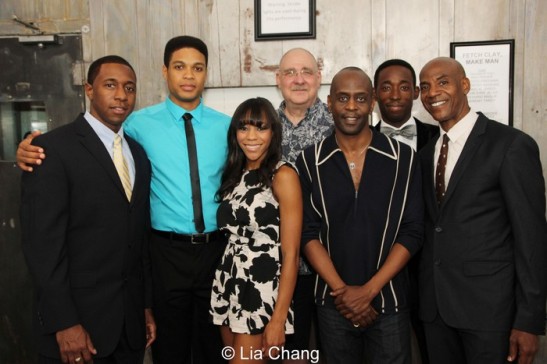