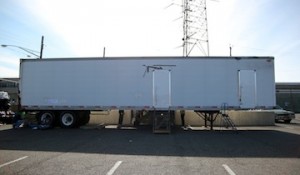 Ed Cardona, Jr.’s La Ruta is being performed in a truck. Photo by Lia Chang

Working Theater, the 28-year-old Off-Broadway company, in collaboration with Magnum Foundation, an organization dedicated to preserving the Magnum Photos legacy and supporting photography around social justice issues, have joined forces to present Ed Cardona, Jr.’s LA RUTA, a world premiere immigration-themed play that is being staged inside the trailer and cab of an actual 48’ truck. 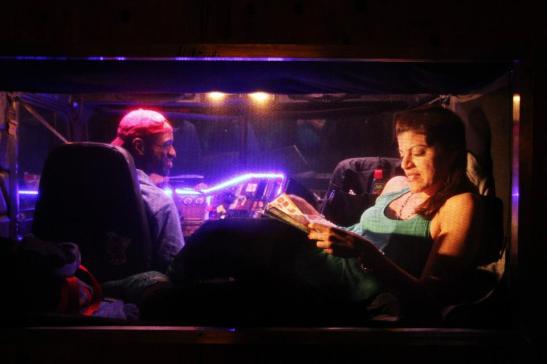 An accompanying photographic installation about the immigrant experience will also be presented. This unique collaboration will shed a deeper light on one of today’s hot-button issues – immigration reform. La Ruta, which began previews on April 10, 2013, will continue through May 12, 2013. Helmed by Tamilla Woodard, the play is being performed in various communities throughout New York City in order to directly realize Working Theater’s mission to bring theater to working people. 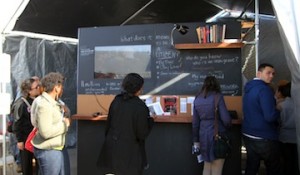 LA RUTA, an immersive theatrical experience, follows the crossing of several undocumented immigrants into the U.S. to make a better life for themselves and their family. Audiences experience the journey alongside the characters, surrounded by the harsh reality of their environment and the poignant narrative unfolding within. 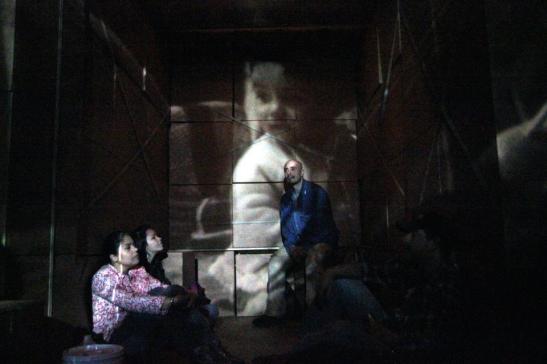 Magnum Foundation has organized a photo-based installation–featuring both award-winning Magnum photographers and emerging documentary photographers–outside of the truck that will focus audiences on the experiences of undocumented immigrants living in the U.S. Images from the renowned Magnum Photos archive will also be projected within the performance to illuminate the interior worlds of the characters. 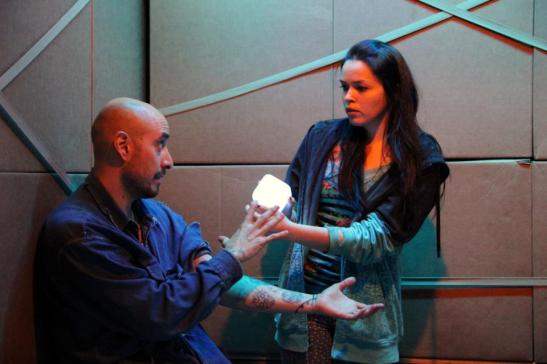 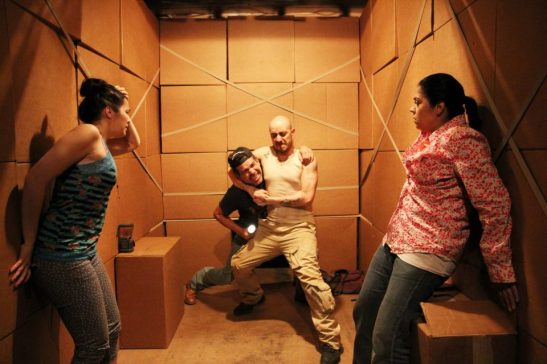 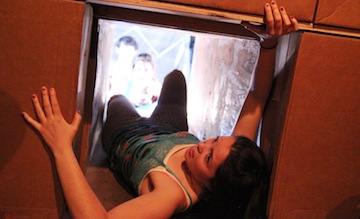 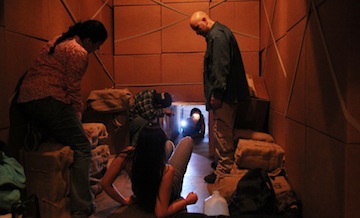 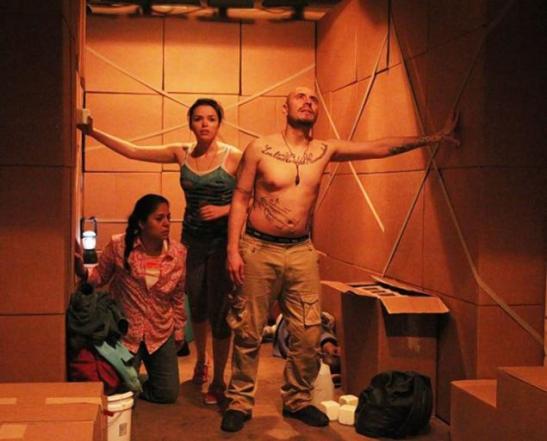 Tickets are $25 (General Admission) and $23 (Students/Seniors/Union Members) and may be purchased in advance at www.brownpapertickets.com or by calling 800-838-3006. For group rates, contact info@theworkingtheater.org. Due to mature content, patrons under the age of 13 will not be admitted. Latecomers will not be admitted. The running time is 70 minutes without intermission. 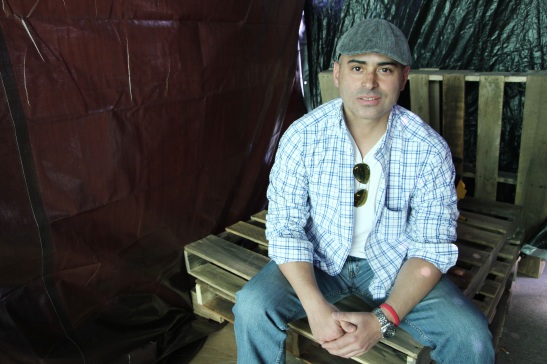 ED CARDONA, JR. (Playwright). Ed’s play AMERICAN JORNALERO received its world premiere at INTAR Theatre in the spring of 2012; the play was also selected as a finalist by the 2011 Metlife Nuestras Voces National Playwriting Competition. Ed is also currently a member of Theater 167’s theatrical ensemble which is developing its next project JH3am, a collaborative work based on Jackson Heights, Queens, N.Y.C. after 3:00 am. An Artistic Associate for the Working Theater’s 25th Anniversary Season, he adapted PABLO’S CHRISTMAS (commissioned and published by Dramatic Publishing, 2009) from the children’s book by Hugo C. Martin. Ed has also been a resident playwright with the Hispanic Playwrights-in-Residence Lab at INTAR Theatre, The Professional Playwrights Unit at the Puerto Rican Traveling Theatre and the Hall Farm Center for the Arts & Education in Townsend, VT. He is a founding member of NY Madness. Ed received his M.F.A. in playwriting from Columbia University where he received the John Golden Award for his thesis play, PICK UP POTS! Multimedia: Photos of Ed Cardona, Jr.’s American Jornalero at the Dorothy Strelsin Theatre

TAMILLA WOODARD (Director) is a director, actor and adapter residing in New York City. She is a graduate of the Yale School of Drama, an alumnus of The Lincoln Center Directors Lab, and a founding member of The Internationalists, a collective of directors from around the world creating an interactive global theatrical community. Most recent work includes co-creator of the site specific performance HOTEL PROJECT, that had its American premiere at Washington Jefferson Hotel and the Summit Grand Hotel in January 2012; VALIANT by Lanna Joffrey (InterAct Theatre); NIGHTLANDS by Sylvan Oswald (New Georges) and the development and direction of Saviana Stanescu’s POLANSKI POLANSKI (starring Grant Neale and produced by Nomad Theatricals at PS122/ SoloNOVA festival in New York City, Teatrul Odeon in Bucharest, The Sibiu International Theatre Festival, TIFF International Festival in Cluj and HERE in NYC). New Dramatists honored her with The Charles Bowden Award and the League of Professional Theatre Women with the Josephine Abady Award. She serves as an adjunct professor teaching solo performance at City College’s Center for Worker Education. More about Tamilla at www.Tamilla.com