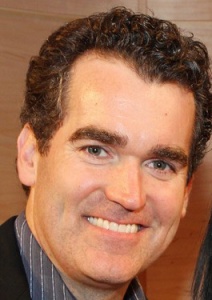 Directed by Michael Greif, GIANT begins previews on Friday, October 26 in The Public’s Newman Theater at its Astor Place home and will run through Sunday, December 2, with an official press opening on Tuesday, November 13. Single tickets, beginning at $75, are on sale now. Click here to purchase tickets.

Kate Baldwin, a Tony Award nominee for Finian’s Rainbow, plays his socialite wife Leslie Benedict. Baldwin has appeared on Broadway in The Full Monty, Thoroughly Modern Millie and Wonderful Town, and has performed at theaters across the country. 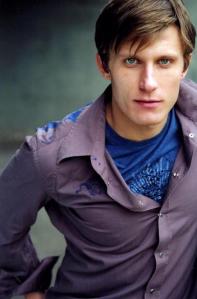 P.J. Griffith, who recently starred in the original Broadway production of American Idiot and is the lead vocalist for the band Blue Movie, portrays young oil tycoon Jett Rink.

New York stage veteran Raul Aranas, who has appeared on Broadway in Miss Saigon, The King and I, Loose Ends and Flower Drum Song, plays Polo. Aranas is fresh from appearing as The Kralahome in The King and I at The Fox Theatre in Atlanta. During his stint as The Engineer in the 1st National Company of Miss Saigon, he received a Helen Hayes Award, the Carbonell Award and a Jefferson Award Nomination. His turn as The Reciter in the North Shore Theatre production of Pacific Overtures, garnered him an Irne Award. He has appeared in the films Burn After Reading, Buzzkill, JFK, Company Man, Afterwards, and on television on “Law And Order,” “Gideon Oliver,” “One Life To Live,” and “Bluebloods.”

Based on the classic novel by Pulitzer Prize-winning author Edna Ferber, GIANT is a new American musical that spans generations in an epic chronicle of the state that’s like no place else on earth: Texas. Amid a turbulent culture of greed, bigotry and money, a powerful cattleman, his new East Coast bride, their family and friends – not to mention their enemies – embrace and confront the joys and sorrows that loom as large as the state they call home. With a book by Sybille Pearson (the Tony-nominated author of Baby), music and lyrics by Michael John LaChiusa (the five-time Tony-nominated composer of The Wild Party and Hello Again) and direction by Michael Greif (the three-time Tony-nominated director of Rent and The Intelligent Homosexual’s Guide…), GIANT will come to life in an appropriately huge production with a company of 22 actors and a 17-piece orchestra. GIANT is a co-production with Dallas Theater Center and continues The Public’s tradition of partnering with non-profit theaters around the country.

The Public Theater has a long history of producing new musicals, and is the only theater in New York City that presents Shakespeare and the classics, musicals, new works, and experimental theater in equal measure.