On the last Monday in August, the joint was jumpin’ at 54 BELOW for Tonya Pinkins who performed excerpts from Hurricane Ethel, her upcoming one woman show written in collaboration with director Dennis Courtney.

The actress, who won a Tony Award for Jelly’s Last Jam, was transcendent as she channelled Ethel Waters, the legendary African-American actress and jazz-era singer who was America’s first International superstar of any race, weaving a vibrant tapestry of characters instrumental in Waters’ life, and highlighting the canon of songs in the Great American Songbook written especially for her golden pipes.

Ms. Pinkins, accompanied by her musical director Barry Levitt on piano, Dick Sarpola on bass, and Waldren Ricks on trumpet, sang arrangements of songs that Waters made famous and utilized signature tunes as signposts to tell the story of the famed singer’s life. Her set list included “I Got Rhythm,” “You Can’t Do What My Last Man Did,” “Last of the Red Hot Mamas,” “Come Up and See Me Sometime,” “Go Back Where You Stayed Last Night,” “St. Louis Blues,” “Lil Black Boy,” “Eli Eli,” “Heatwave,” “Dinah,” “Old Man Harlem/ Harlem on My Mind,” “Moon Glow/Taking a Chance on Love,” “Honey in the Honeycomb/Happiness is a Thing Called Joe/Cabin in the Sky Medley,” “Suppertime,” “Stormy Weather,” “Handyman,” “Black and Blue,” and “A Hundred Years from Today.”

On Broadway, Ms. Waters starred in As Thousands Cheer, At Home Abroad, Mamba’s Daughters, Cabin in the Sky, and Member of the Wedding. She was an indelible presence in the films Cabin in the Sky, The Member of the Wedding,The Sound and the Fury, and Pinky, for which she was nominated for an Academy Award for best supporting actress in 1949, following Hattie McDaniel as the second Black woman to be nominated for an Oscar. The following year, she won the New York Drama Critics Award for best actress. Ms. Waters starred in the television show “Beaulah,” wrote her autobiography “His Eye is on the Sparrow,” with Charles Samuel, and in the late Fifties, performed and toured with evangelist Billy Graham until her death in 1977.
Source: http://en.wikipedia.org/wiki/Ethel_Waters

In the past twelve months alone, Tonya Pinkins has given five critically acclaimed performances in roles as diverse as an aging Countess, a syphilitic Bawd, a bitter ghetto mom, a diabetic great grandmother and a faithful Latina from the Bronx. Her performance in Milk Like Sugar won the 2012 Lucille Lortel Award. On Broadway, Ms. Pinkins made her debut in the original cast of Merrily We Roll Along, appeared in Chronicle of a Death Foretold, Play On!, The Wild Party, Caroline, or Change, and Radio Golf. Television audiences are most familiar with her from “As The World Turns,” “All My Children” and “Army Wives”. 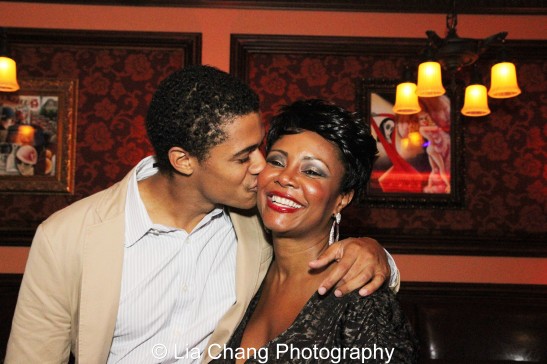 OPRAH named her “One of the ten women in America who will take your breath away” and TIME OUT New York included Ms. Pinkins as One of Broadways 25 all Time Greatest Divas. www.tonyapinkins.com

Director Dennis Courtney staged a re-envisioned production of Fiddler on the Roof (currently in its 5th year running in Tel Aviv) as the official production for the 60th Anniversary of Israel, for which he won the Israeli National Theatre Award. He recently directed the off-Broadway premiere of Civil War Voices (6 MITF Awards). He has been the director/choreographer of over 150 stage productions including Peter Pan with Cathy Rigby (Los Angeles Drama Critics and DramaLogue Awards for Direction & Choreography) and Can-Can with Leslie Uggams. Mr. Courtney has conceived and staged special events and award shows, working with such performers as Bette Midler, Celine Dion, Quincy Jones, Warren Beatty, The Bacon Brothers & David Letterman. On television, Mr. Courtney directed the 5th season opener of TV’s “Perfect Strangers.”

54 BELOW is owned and operated by Tony Award winning producers Tom Viertel, Marc Routh, Richard Frankel, and Steven Baruch. 54 BELOW features up to three shows nightly and has audio and video recording capabilities. The cover charge ranges from $5-$85.

54 BELOW is located at 254 West 54th Street. Tickets and information are available at www.54Below.com. 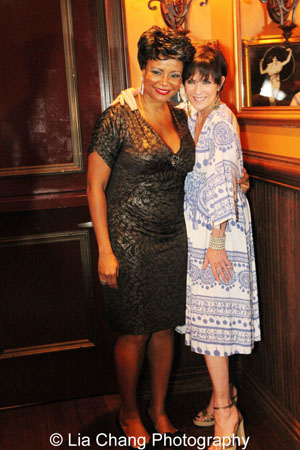