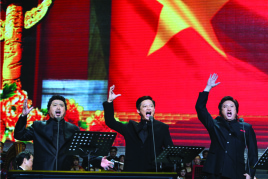 The Three Chinese Tenors, Dai Yuqiang, Wei Song and Warren Mok are currently on a a world tour marking their appointment as China’s cultural ambassadors.

Ten years after the original Three Tenors performed live in the Forbidden City, China returns the favor. In anticipation of their by-invitation-only performance, “A Night with Beijing” at Alice Tully Hall, they’ll make a special appearance at the China Institute in New York on January 21, 2012 from 5:30pm – 7:30pm. Financial Times music critic Ken Smith, whose role for many years has been to explain opera in the West to the Chinese, and the opera in China to the West, will discuss with The Three Chinese Tenors, their respective roles in Western Opera’s recent success in China both in public visibility and recent prominence in the nation’s cultural agenda.

Dai Yuqiang, Luciano Pavarotti’s only Chinese student, has been dubbed “the Pavarotti of China” both for his fresh, lyrical voice and his enormous popularity at home. A former member of the People’s Liberation Army opera company, the Hebei native now lives in Beijing with a schedule of nearly 200 live and televised performances a year. The Shanghai-based Wei Song has garnered acclaim as one of China’s hardest working dramatic tenors. A veteran of both repertory Western operas and newly composed Chinese works, he spans both lyric and dramatic roles with “penetrating vocal power.” He is the newly appointed President of the Shanghai Opera House. Warren Mok first came to prominence at Deutsche Oper Berlin, where he appeared in more than 50 operatic roles. In addition to his international singing career, Mok is also the artistic director of the Macau International Music Festival and the founding artistic director of Opera Hong Kong. Born in Beijing, he is a graduate of the University of Hawaii and the Manhattan School of Music. 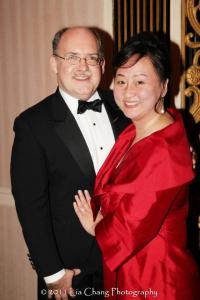 Ken Smith writes about music and opera for the Financial Times and Opera magazine of London, and is a featured columnist for Opera magazine of Shanghai, China’s national publication devoted to Western opera. He is the author of Fate, Luck Chance…the Making of The Bonesetter’s Daughter Opera. Smith and his wife Joanna C. Lee, are co-authors of the Pocket Chinese Almanac and co-directors of Museworks Ltd., a Hong Kong-based cultural consulting company offering wide-ranging support, from production to translation and media services, for artists and institutions seeking links to and from Asia. Their clients include Carnegie Hall, Kennedy Center, the New York Philharmonic, San Francisco Opera, the YouTube Symphony Orchestra, Holland Festival, Habitat for Humanity, the Hong Kong International Film Festival, Sotheby’s HK and served as the cultural advisors to Tony award-winning and two-time Pulitzer finalist playwright and librettist David Henry Hwang, on Chinglish, Hwang’s critically acclaimed Broadway comedy currently playing at the Longacre Theatre, 220 W. 48th Street in New York. 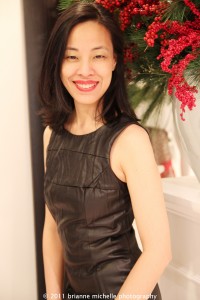