I caught up with musicologist Joanna C. Lee and veteran music journalist Ken Smith at the Longacre Theatre in New York, after the post-show talkback following the 100th performance of Chinglish, by Tony Award-winning and two-time Pulitzer Prize finalist playwright David Henry Hwang, which was recently named by TIME Magazine, Bloomberg Radio, NY1 and WNYC as one of the Top 10 Broadway shows of the year. 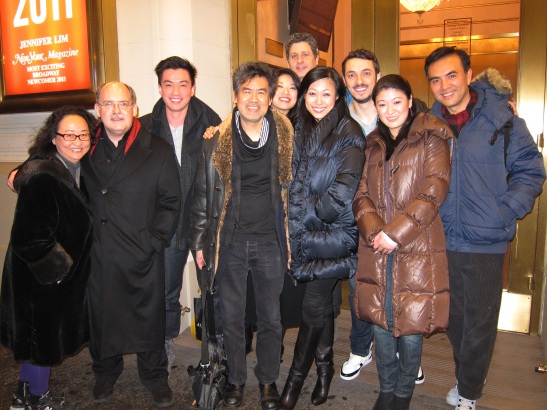 Smith and Lee were tapped as cultural advisors by the playwright when Chinglish, his play about an American businessman looking to land a deal in provincial China, had its world premiere at the Goodman Theatre in Chicago. Smith writes about their participation as resident Chinglish cultural advisors here. 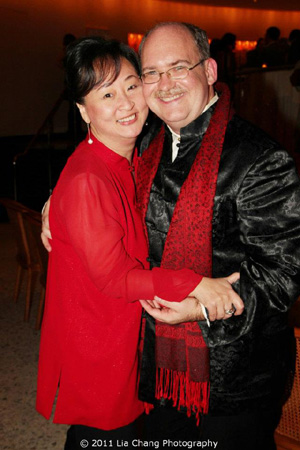 The husband and wife team are co-authors of the Pocket Chinese Almanac and co-directors of Museworks Ltd., a Hong Kong-based cultural consulting company offering wide-ranging support, from production to translation and media services, for artists and institutions seeking links to and from Asia. Their clients include Carnegie Hall, Kennedy Center, the New York Philharmonic, San Francisco Opera, the YouTube Symphony Orchestra, Holland Festival, Habitat for Humanity, the Hong Kong International Film Festival and Sotheby’s HK.

Lee, a pianist with a doctorate in musicology from Columbia University, was an Honorary Research Fellow of the Centre for Asian Studies, Institute of the Humanities and Social Sciences at the University of Hong Kong. Smith has covered arts and culture in Asia for the Financial Times since 2003. He is the author of Fate! Luck! Chance! Amy Tan, Stewart Wallace and the Making of The Bonesetter’s Daughter Opera. For the past seven years, he has served as advisor to the Western China Cultural Ecology Research Workshop, an NGO actively devoted to cultural preservation based in Guizhou province.

Translator Candace Chong (center) reviews the Chinese dialogue in the new script pages with Joanna C. Lee and Ken Smith, Cultural Advisors for Chinglish in the Healy Room of the Goodman Theatre in Chicago on June 5, 2011. © 2011 Lia Chang

“Finally, to ensure that the complex social interactions of the play adhere to the rather more formal rules observed in China, consultants Joanna C. Lee and Ken Smith became crucial members of the Chinglish production team. As the production’s “cultural consultants,” Lee and Smith were invaluable to the accurate creation of the world of Guiyang, China, and its inhabitants. 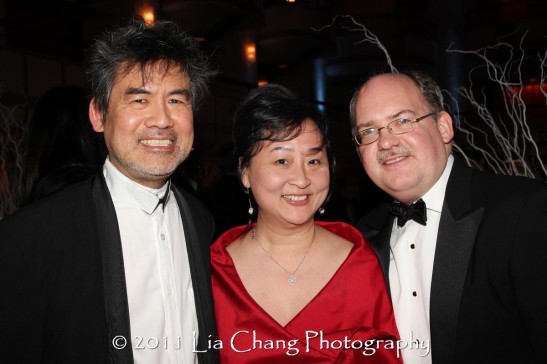 Meet Joanna C. Lee and Ken Smith in Ann Arbor, Michigan, San Francisco, CA and in New York as they make a number of personal appearances for their Pocket Chinese Almanac 2012, and with Chinglish playwright David Henry Hwang.

ANN ARBOR,MICHIGAN
On Friday, January 13, 2012, the Confucius Institute at the University of Michigan is presenting CHINGLISH: A New Comedy on the Misadventures of Cross-cultural Communication, at the Michigan League – Vandenberg Room, 911 N. University in Ann Arbor, Michigan from 4pm-5:30pm. Playwright David Henry Hwang (M. Butterfly) will discuss his latest Broadway hit, with Joanna C. Lee and Kenneth Smith. Free and open to the public. All are invited to a reception following the talk.

NEW YORK,NY
On Saturday, January 21, 2012, the Museum of Chinese in America (MOCA) is presenting Lunar New Year Talk: Decoding the Chinese Almanac’s Predictions for 2012, at 215 Centre Street in New York, from 2:30pm – 3:30pm. To usher in the Year of the Dragon, co-authors Joanna C. Lee and Ken Smith will decode the almanac’s predictions for 2012 and share a range of New Year’s traditions designed to protect your household. Admission is $15/adult, $12/student, free for children, MOCA members and seniors (65+). Each participant will receive a free copy of the Pocket Chinese Almanac (valued at $7). RSVP required to programs@mocanyc.org or 212-619-4785.

SAN FRANCISCO,CA
On Thursday, January 26, 2012, the co-authors will talk about the Pocket Chinese Almanac 2012, The Pocket Confucius, and The Pocket Tao at Book Passage, 1 Ferry Building in San Francisco at 6 p.m. Lee and Smith will translate and decode predictions for 2012. They’ll also dig beneath both the pop philosophy of Confucius and the scholarly interpretations to rediscover what the Master actually said about moral character and social order.