Lia Chang Photos: On the Town with Rick Shiomi, Co-Editor of “Asian American Plays for a New Generation”, in Washington D.C. and New York 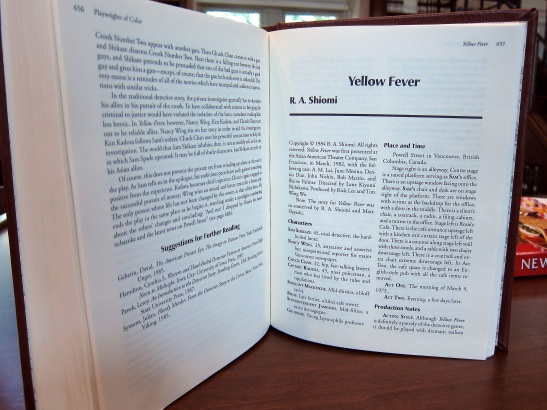 On Wednesday, July 27, I reconnected with Rick Shiomi, the author of one of my favorite plays, “Yellow Fever,” when we were both in Washington D.C. at the Asian Reading Room of the Library of Congress in the Thomas Jefferson Building. The groundbreaking Asian-North American playwright, taiko troupe leader, and artistic director of Mu Performing Arts, was on a week long book tour to promote “Asian American Plays for a New Generation” (Temple University Press, June 2011), which he co-edited with Josephine Lee and Don Eitel.

Rick Shiomi with my display of photos “In Rehearsal”, drawn from the Lia Chang Theater Portfolio at the Library of Congress/AAPI Collection. Photo by Lia Chang

Reme Grefalda, the curator of the Asian Pacific Islander Collection, had put together a marvelous program which included his talk about the Anthology, and a week-long display in the Asian Reading Room of the Library of Congress.

The display featured 37 photographs drawn from the Lia Chang Theater Portfolio including Thom Sesma’s Makeup Transformation as Scar in Disney’s “The Lion King Las Vegas”; rehearsals of a staged concert of Robert Lee and Leon Ko’s musical “Heading East” starring BD Wong at the Asia Society in New York; of David Henry Hwang’s play, “ChingLish,” which premiered at the Goodman Theatre in Chicago this summer and is bound for Broadway this fall; and of “Bakwas Bumbug!,” a pop opera by Samrat Chakrabarti and Sanjiv Jhaveri, which recently made its off-Broadway debut.

The Library of Congress’ goal is to establish a national Asian Pacific American holdings, with a nationwide outreach, and the focus of the display was in celebration of works by Asian American playwrights.

The published works by Asian American Playwrights at The Library of Congress. Photo by Lia Chang

Two days later, I joined Rick at Julie Azuma and Tamio Spiegel’s apartment in New York, where they hosted a swell book party for him. 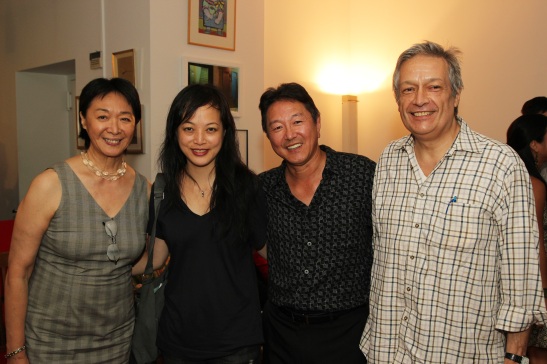 Playwright Aurorae Khoo, whose play “Happy Valley” is in the anthology, talked about the process of developing her play with Mu Performing Arts, while actors Cindy Cheung, Fay Ann Lee, Amy Chang and Sean Tarjoto read excerpts from plays featured in the book.

Rick took the time to answer some questions about “Asian American Plays for a New Generation”.

How does this anthology live up to its title?
Rick: The plays in this anthology were all written and produced after 2004 and reflect a larger horizon of Asian American issues and communities while still dealing with existing challenges in playful and different ways. There is a play about the Hmong American community and experience which is just now receiving attention within Asian American theater world. There’s a play about Korean adoption which has been a major focus of attention in Minnesota but only now coming to wider national attention (including an upcoming forum on this
issue at the Library of Congress). But there are also plays about LGBTQI issues in Asian American families, transnational events such as the transfer of Hong Kong to China and the history of women in the media and performance. So I feel the anthology truly addresses the issues and conversational framework for Asian Americans in the 21st century.

How was Mu Performing Arts involved in the book?
Rick: Mu Performing Arts helped to develop and produce the world premiere of six of the seven plays in this anthology. Through programs funded by the Jerome and Ford Foundations, we have been able to focus on developing new work by emerging Asian American writers. With two of the three book editors on staff at Mu, we were able to look at over a dozen new plays produced by Mu in the past decade and other plays we felt were in the same realm, before we selected the ones in this anthology. 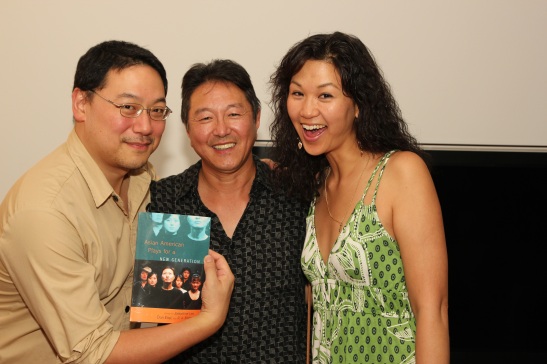 Rick Shiomi with novelist Ed Lin and his wife Cindy Cheung, an actress who read excerpts from the Anthology. Photo by Lia Chang

What’s your favorite story in regards to the plays in this book?
Rick: I have two stories and both reflect how initial problems in the development of plays can be deceiving and ultimately overcome. The first is about “Asiamnesia” by Sun Mee Chomet. It started as a group writing effort in our Jerome New Performance Program. Sun Mee had gathered a group of Asian American women writers to create the play but through several drafts we never thought it worked well because the writing was too disparate. Finally, we asked Sun Mee to write the play herself and she did with great success as the play was recognized by the Minneapolis Star Tribune critic, Rohan Preston, as the “best new script” of 2008, So in a way I feel Sun Mee failed her way to success, through talent and determination. The second story is about “Bahala Na,” by Clarence Coo. When we first read it, we felt it was too poetic to work on stage but when we actually did a reading of it, we all loved the style because it fit the epic nature of play. So we decided to work on it as part of our Ford Foundation, Emerging Writers of Color Program and eventually produced the world premiere of the play in 2007. 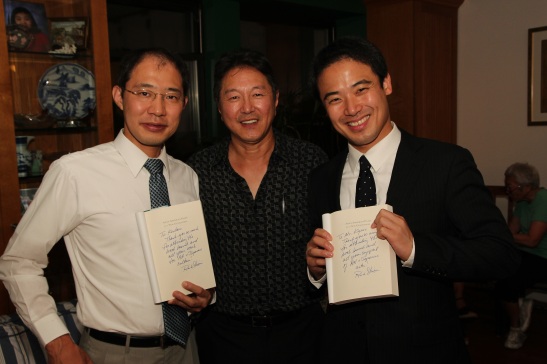 Rick Shiomi with Kentaro Ando and Masakazu Kigure, from the Consulate General of Japan Photo by Lia Chang 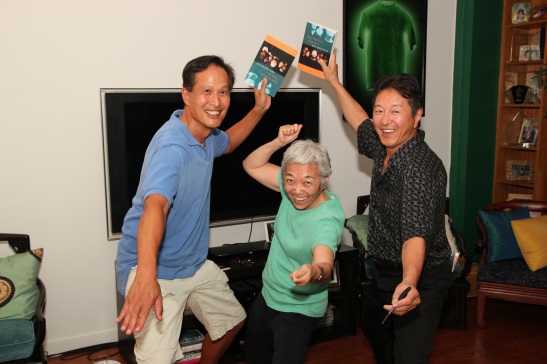 “Asian American Plays for a New Generation” is available online at Amazon.com. http://www.amazon.com/Asian-American-Plays-New-Generation/dp/1439905169

Henry Chang, noted mystery/crime fiction novelist, surprised Rick with an original script of Yellow Fever for him to sign. Photo by Lia Chang

Mu Performing Arts Website
For more information about the division and its holdings, go to www.loc.gov/rr/asian/.