Lia Chang: Jarlath Conroy in the CENTERSTAGE Production of The Homecoming

Jarlath Conroy and Felicity Jones in CENTERSTAGE's production of The Homecoming by Harold Pinter, Directed by Irene Lewis. Photo by Richard Anderson

Jarlath Conroy, who can currently be seen as a grim undertaker opposite Hailee Steinfeld’s Mattie Ross in The Coen Brothers’ Oscar nominated “True Grit”, recently starred as Max, the family partriarch in the CENTERSTAGE production of Harold Pinter’s The Homecoming, directed by Irene Lewis.

Jayne Blanchard of DC Theatre Scene writes, “As her main adversary, Mr. Conroy lends a disarming naturalness to Mr. Pinter’s barbed dialogue, spewing vitriol as if making small talk about flowers. His nastiness is so persuasive you can actually see how it plays out in the rest of the family—in Lenny’s buoyant cruelty, in Joey’s sexual opportunism, in Sam’s careful avoidance.”

Tim Smith of The Baltimore Sun writes, “As the patriarch Max, who calls his sons “bitches” and his daughter-in-law “a stinking pox-ridden slut” (until her marketability dawns on him), Jarlath Conroy provides an arresting anchor for the production. He’s an incisive actor, capable of turning on each of Pinter’s slippery dimes in disarmingly natural fashion.” 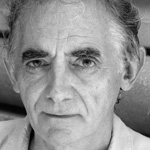 In December, the award winning actor’s nuanced portrayals of four different characters in the Off-Broadway run of Nick Jones’s The Coward at The Duke, prompted Charles Isherwood of The New York Times to write, “Perhaps best of all is Jarlath Conroy, who looks (and acts) as if he has just sprung from a Hogarth etching, in roles ranging from a doddering old man who inadvertently offends Lucidus, setting the plot in motion, to a loyal servant whose poker face belies a sympathetic heart.”

He can be seen in the Fox Searchlight Films Summer 2011 release of “The Art of Getting By”, which was in competition at the Sundance Film Festival this year.