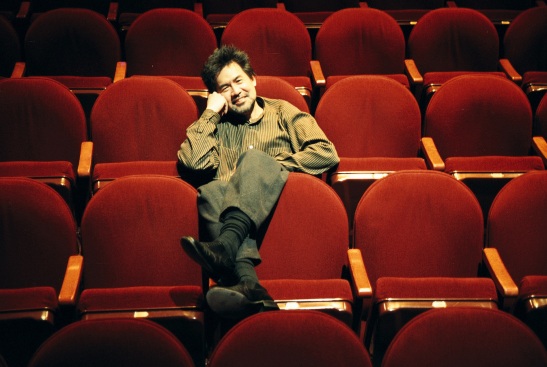 David Henry Hwang sits in the Virginia Theatre in New York before the curtain for Flower Drum Song in March, 2003. Photo by Lia Chang

Shanghai World Expo 2010 USA Pavilion
From May 1-October 31, my portrait of playwright David Henry Hwang taken in 2003 at the Virginia Theatre in New York during the run of Flower Drum Song, is featured in a special exhibit entitled, “The Chinese in America – We are Family” currently on display at the Shanghai World Expo 2010’s USA Pavilion. Created by the Committee of 100, the exhibit displayed on a video wall, features more than 10,000 photos of Americans of Chinese descent. Chinese-Americans can join the wall by logging on to www.jointhewall.org or www.comebuildthewall.org, where you can upload your photo along with your family surname, lineage, ancestral Chinese provinces and current U.S. residence. New photos are updated daily to the wall.

Cast of Flower Drum Song in rehearsal at 890 Broadway Studios in New York on September 22, 2002. Photo by Lia Chang 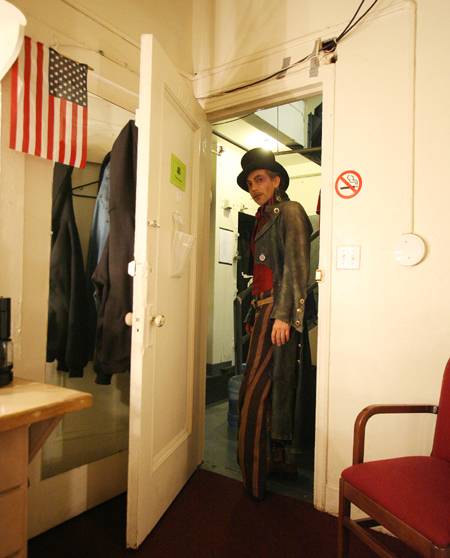 Thom Sesma, who starred as Captain Ahrab in the Twyla Tharp/Dylan Project The Times Are A Changin, backstage at the Brooks Atkinson Theatre in New York on November 15, 2006. Photo by Lia Chang

Backstage at the Asia Society in New York with the cast of the staged concert reading of Heading East starring BD Wong, on May 24, 2010. Photo by Lia Chang

Playwright David Henry Hwang during a rehearsal of Flower Drum Song at 890 Broadway Studios in 2002. Photo by Lia Chang

Through November 7, 2010, my photograph of playwright David Henry Hwang, taken during a rehearsal of Flower Drum Song in 2002, is featured in the exhibition Hollywood Chinese: The Arthur Dong Collection at the Chinese American Museum (CAM) in Los Angeles.