Lia Chang: Will Calhoun in New York, Tonight at Chelsea Art Museum and the Highline Ballroom on Friday

Will’s latest creation is his release on the Halfnote label: Native Lands. Native Lands can be described as Jazz meets World, meets trance-inducing Urban music. This double CD/DVD package in which Calhoun marries his far reaching interests in a genre-bending collection that taps key expressionists from various backgrounds. Among those contributing are Pharoah Sanders, Mos Def, Buster Williams, Stanley Jordan, Kevin Eubanks, Marcus Miller and Wallace Roney, as well as Nana Vasconcelos from Brazil and Cheick Tidiane Seck from Mali. The album includes a DVD with over ninety minutes of music videos and documentary materials that chronicle the last ten years of Will’s life and travels, is available for purchase at the museum book store.

Currently touring with LIVING COLOUR with their 2009 critically acclaimed CD-“Chair in the Doorway” (Mega Force Records), on Friday, the band will perform their new single “Behind the Sun” on the Fox Morning Show and will play the Highline Ballroom, 431 W. 16th St. in New York at 8pm.

“The Chair In The Doorway” (Megaforce Records), is LIVING COLOUR’s first new studio album in five years. The legendary downtown New York City rock band, who exploded out of CBGB in the late ’80s, landing all over MTV, the cover of Rolling Stone and stadium stages around the world with its Grammy Award-winning, multi-platinum debut album “Vivid”, is back and as “fierce” as ever. 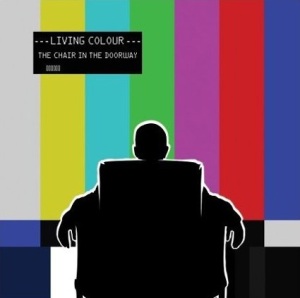 LIVING COLOUR\’S Chair in the Doorway

Original members Vernon Reid, Corey Glover, Will Calhoun and (since 1993) Doug Wimbish gathered at Sono Studios outside of Prague in the Czech Republic during the fall of 2008 and spring of 2009 to write and record what would become “The Chair In The Doorway”. The results stretch from the modern soul anthem “Behind The Sun” to the politically-charged, heavy rock of “DecaDance” to the sacred steel blues of “Bless Those”. 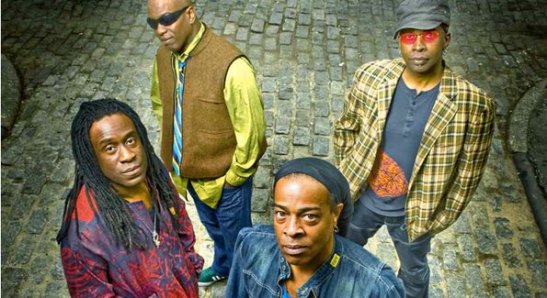 Having helped to pave the way for a number of contemporary African-American artists to follow in their wake, ranging from RAGE AGAINST THE MACHINE to LENNY KRAVITZ to BEN HARPER, with a multi-dimensional sound that drew equally from JIMI HENDRIX, BAD BRAINS, TALKING HEADS and ORNETTE COLEMAN, the success of LIVING COLOUR broke down the color barriers in rock music. Guitarist and founding member Vernon Reid also founded the Black Rock Coalition to use his influence to further this cause.

Discovered by Mick Jagger who produced their first demo and later offered them an opening slot with THE ROLLING STONES, LIVING COLOUR would go on to create a repertoire that includes a multitude of classic songs, including “Cult Of Personality”, “Elvis Is Dead”, “Open Letter To A Landlord”, “Glamour Boys” and “Love Rears Its Ugly Head”. With “The Chair In The Doorway”, the fifth album of the band’s storied career, LIVING COLOUR expands the scope of its timeless body of work and, in the process, proves vital as ever.

“Behind the Sun” live, on Late Night with Jimmy Fallon.

Lia Chang is an actor, performance and fine art botanical photographer, and a multimedia journalist. A former syndicated arts and entertainment columnist for KYODO News, Lia is the New York Bureau Chief for AsianConnections.com. She has been documenting her colleagues and contemporaries in the arts, fashion and journalism since making her stage debut as Liat in the National Tour of South Pacific, with Robert Goulet and Barbara Eden. She is currently working on several botanical portrait commissions for the New York City Health and Hospital Corporation Art Collection and on a book of portraits of her favorite Asian American men in the arts and space.