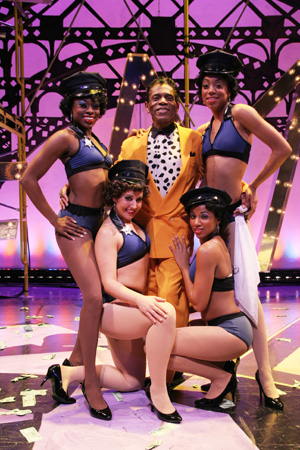 The Archbishop Supreme Tartuffe, a.k.a. André De Shields, is holding church services eight times a week at The Clurman in New York through July 19. The original play with music, starring the incomparable De Shields as the title character, is a glorious delight. Inspired by Moliere’s great comic classic and informed by the unorthodox ministries of Reverend Ike, Daddy Grace and Rasputin, co-writers Alfred Preisser and Randy Weiner have set Archbishop Supreme Tartuffe within a fabulously theatrical Harlem Renaissance-era “church,” and once in the lobby of the theater, you are ushered by castmembers, dressed as members of the choir, into church. 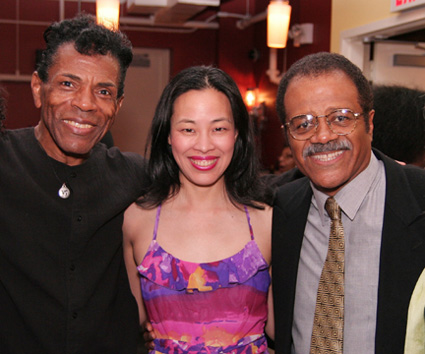 André De Shields, Lia Chang and Ted Lange at the opening night party for the Classical Theatre of Harlem's Archbishop Supreme Tartuffe at The Clurman on June 25, 2009 in New York.

I was invited to the opening night performance of Archbishop Supreme Tartuffe by Alfred Preisser, the artistic director and co-founder of the Classical Theatre of Harlem, who also directed the play. 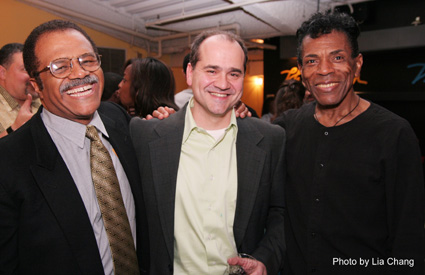 Director Alfred Preisser is flanked by Ted Lange and Andre De Shields, who star in the Classical Theatre of Harlem's production of Archbishop Supreme Tartuffe, which Preisser co-wrote with Randy Weiner. (Photo by Lia Chang) 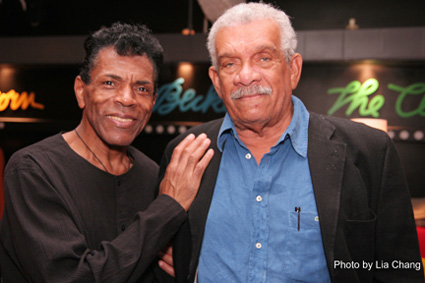 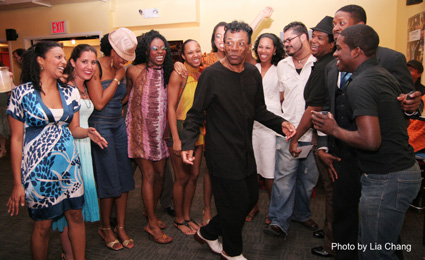 The cast of Archibishop Supreme Tartuffe celebrates their opening at The Clurman in New York on June 25, 2009. Photo by Lia Chang

The evening was a joyous affair, as the cast celebrated a rave review in Variety. 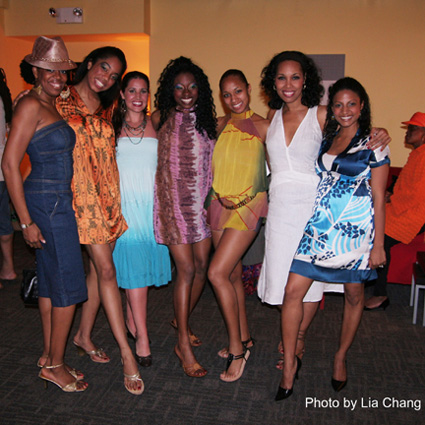 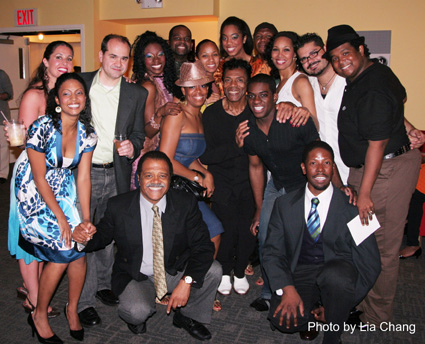 The cast and crew of Archbishop Supreme Tartuffe celebrates their opening at The Clurman in New York on June 25, 2009. Photo by Lia Chang

Archbishop Supreme Tartuffe has performances through July 19, 2009.
Tuesdays at 7pm, Wednesday through Friday at 8pm, Saturdays at 3pm & 8pm, and Sundays at 3pm & 7pm. Tickets are $51.25 (including restoration fee) and can be purchased at http://www.TicketCentral.com or by calling 212.279.4200. The Clurman Theatre is located at Theatre Row, 410 West 42nd St., between 9th and 10th Aves.
Click here to purchase or 212.279.4200
Group Rates & Reservations Email: info@Classicaltheatreofharlem.org 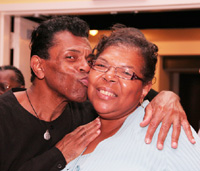 André De Shields, who plays the title character in Archbishop Supreme Tartuffe, bestows a kiss upon his baby sister Carmen Tisdale, who came in from Baltimore for opening night. Photo by Lia Chang